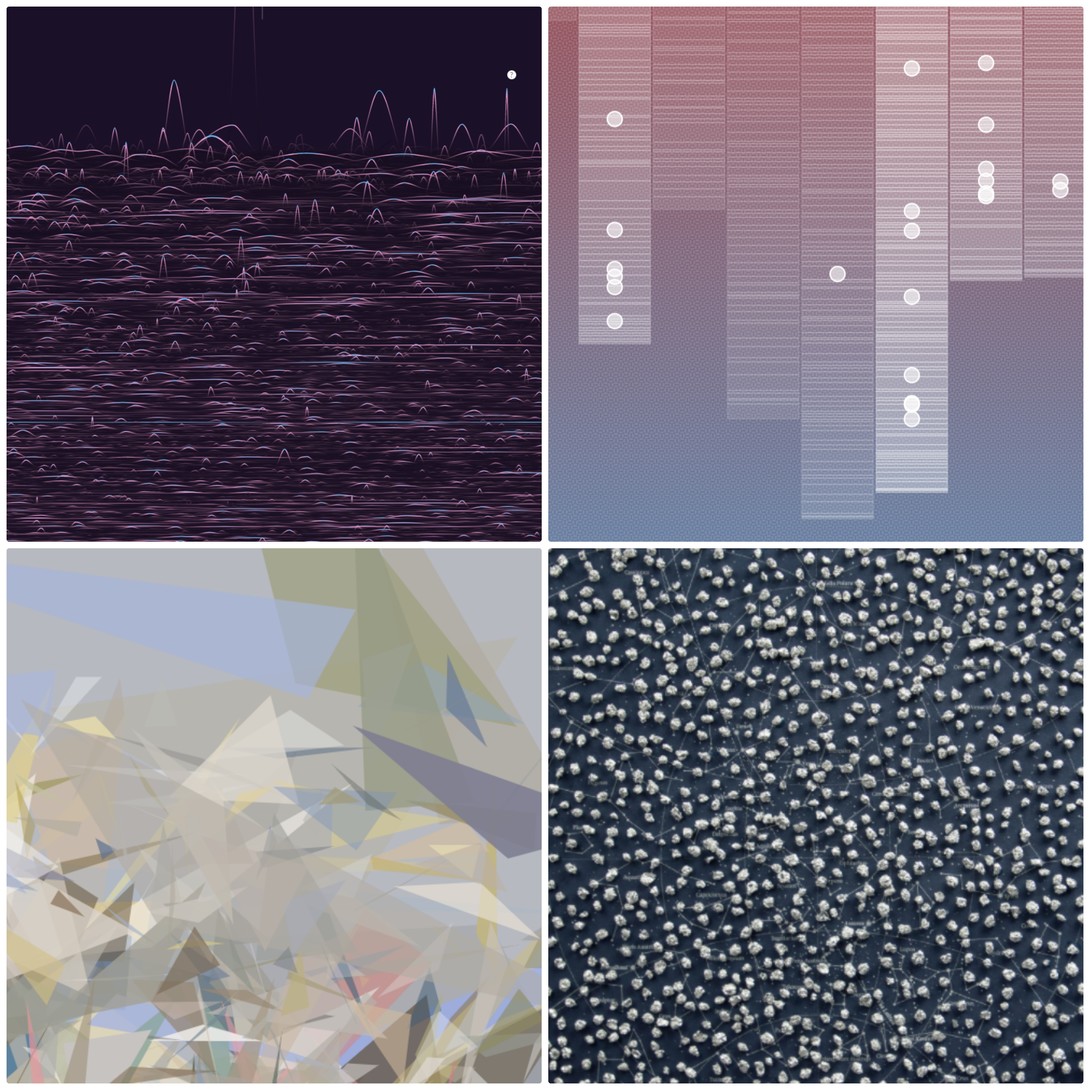 The Kantar Information is Beautiful Awards 2017 showcase is live:

Thank you to all who entered their work. We received more than 780 entries this year - nearly a 50% increase - with pieces submitted by creators ranging from major media outlets & design agencies through to students & solo practitioners. Plus a few wildcards suggested by our judges.

The showcase includes all eligible entries received (and if necessary paid) by our deadline of Fri 15 Sep, 11.59pm PST. If you do or don't see your work as expected and need a change or have a question, please read "housekeeping notes" below.

This year the Awards refreshes its approach to categories, inviting creators to submit not by technical discipline (dataviz, infographics, interactive etc) but by topic:

From now we'll be sifting the Showcase and moving the best contenders to the Longlist, which will be released on Tues 3 Oct.

Some of the hot themes visualized in the 2017 Awards

6% of entries explored Donald Trump & his presidency – making him the most-visualized subject of the entire Awards. 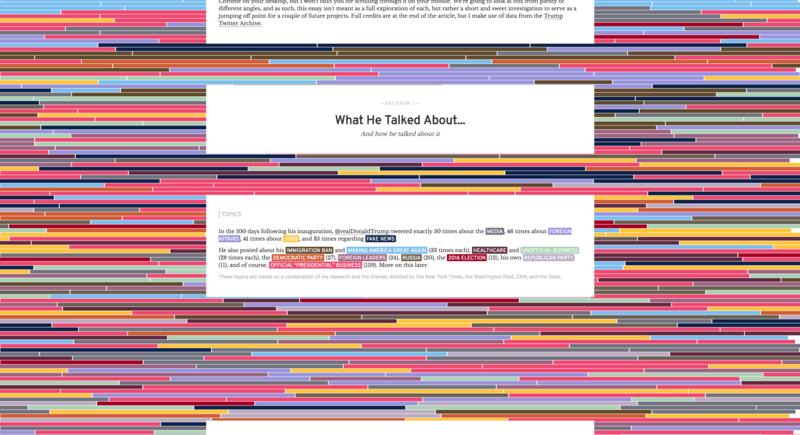 His business interests caught the attention of data visualizers, who documented his financial ties with hundreds of individuals and organisations.

Entries dived into the Russia scandal, comparing it with Watergate and detailing Trump's Russia connections.

One entry even analysed Trump mentions in hip-hop over the years.

Climate change and natural disasters including floods, typhoons & hurricanes made for numerous fascinating visualizations. including flooding in China, Chinese furnace cities and the melting Arctic. 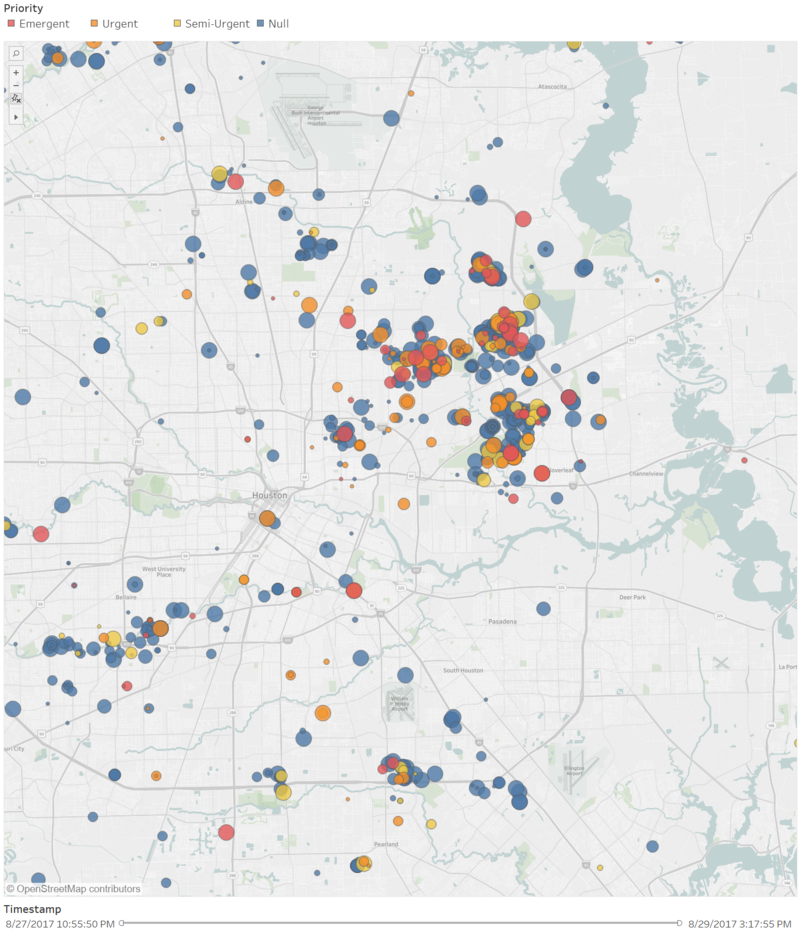 With Hurricane Harvey dominating the news in the weeks leading up to the Awards awards closing date, Andrew Hull created a real-time rescue map allowing visitors to look at scale of those affected and also pinpoint the needs and concerns of people caught up in crisis.

Continuing the theme of water, who has it, who doesn't, and who is stealing it from who, the Watergrabbing Atlas is everything you need to know about water security, visualized.

The prominence of gender equality in the media is reflected in this year’s Awards submissions. 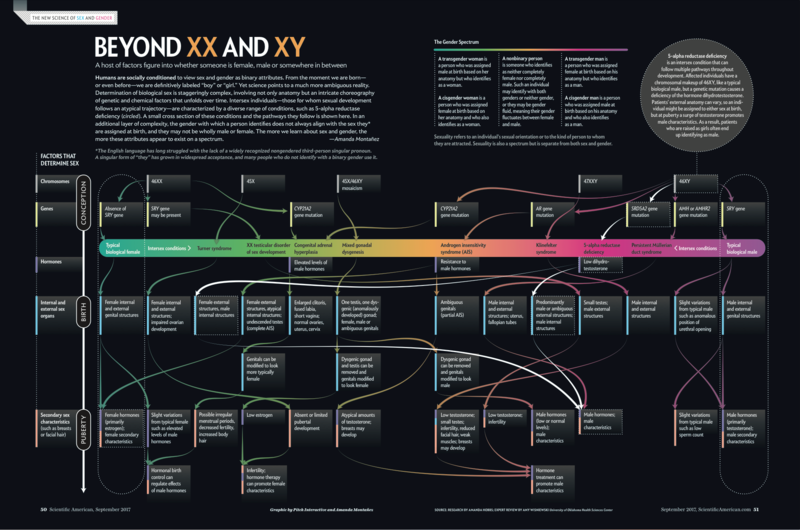 The Pudding (published by Awards 2017 winner Polygraph) shines a light on bias in literature, offering the hopeful note that some book genres are now at gender parity.

Many data visualizations this year broach the topics of terrorism and faith.

We've had a huge range of unusual entries this year. 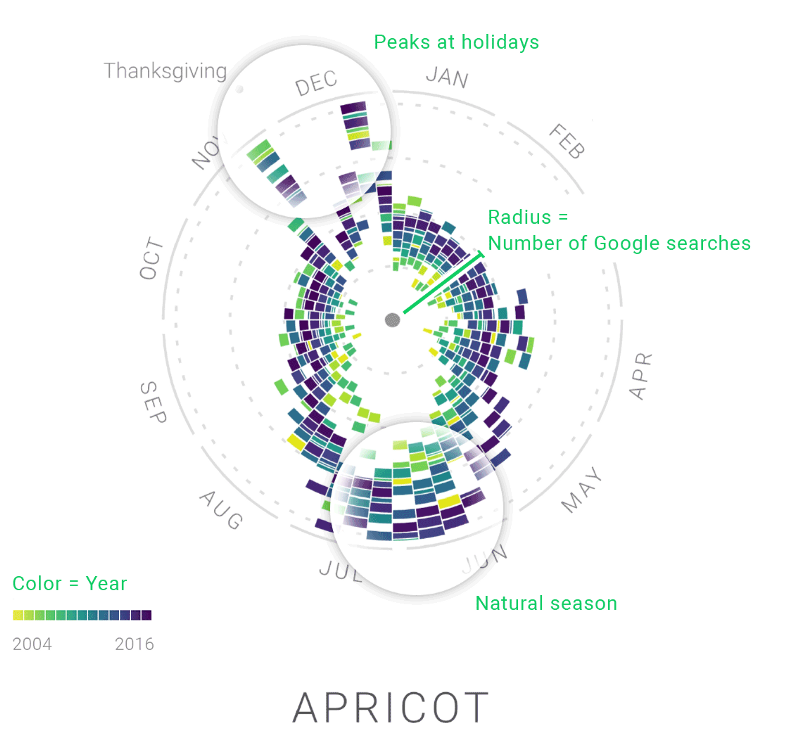 Why did searches for ‘donut’ peak in July 2015? Why do cheeseburgers get a lot of online traffic on September 15th? Your searches on Google reveal a lot about your eating habits - as six years of data shows.

Data from the world's first robotic bartender tells us that the Chinese would much rather drink a firefly or a Shirley Temple than any other alcoholic cocktail and let's not bother offering a Spaniard a Long Island Iced Tea...

And outside of La La Land's did-they-didn't-they Oscar win controversy, the big question fans were asking was this: was that a tragic or a happy ending?

Browse the showcase by category

Paid to enter but don't see your work in the 2017 showcase? Try looking up the title in our search engine. Note that our team may have changed the category of your work, and only eligible entries received (and if necessary paid) by our deadline of Fri 15 Sep are guaranteed a place in the showcase.

Still not seeing it? Contact us with a copy of your payment receipt and the name of your work.

Discovered an error, an out-of-date viz that shouldn't have been nominated, or a piece that's lacking a credit? Contact us and we'll do our best to fix.

The showcase will be boiled down to a longlist announced on Tues 3 Oct.

Feel free to shout if you're in the showcase

Has your work made it through? Feel free to @-mention us on Twitter (@infobeautyaward) and Facebook - we'll try to RT and share as much as we can.

Posted in Awards — over 5 years ago
Previous Voting: what our judges (and you) look out for in great visualization Next It's here... The 2017 Shortlist