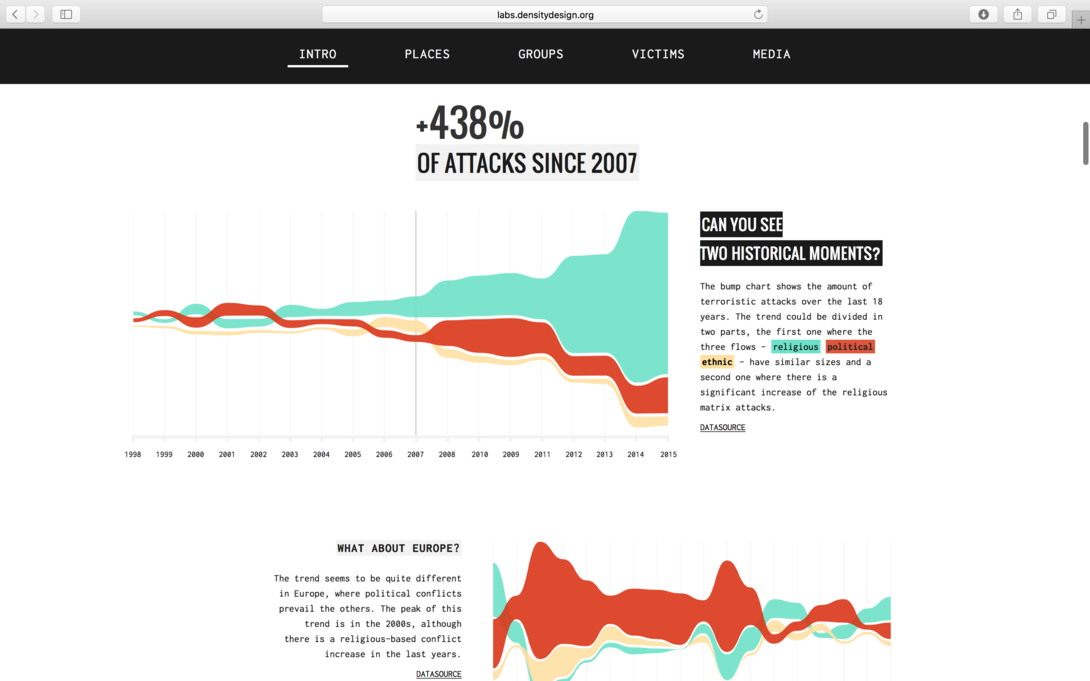 It's not so ISIS by Giacomo Flaim, Politecnico of Milan

Terrorism is a complex phenomenon, that originates in the violent radicalization of different mindsets. In the 90s the “Declaration on Joint Action to Counter Terrorism” of the ONU General Assembly recognized terrorism as a global threat to peace and international safety.
There are three core sources that could be identified as triggers of a plurality of ideologies: religious, political and ethnic.
In order to analyze the primary version of terrorism, the one provided by data, two different dataset from START consortium were merged together: the GTD and BAAD2.
The work analyzes the activities of 120 terroristic groups throughout 18 years - from 1998 to 2015 - in order to display a clear picture of the terrorist attacks evolution over time and by the sources.