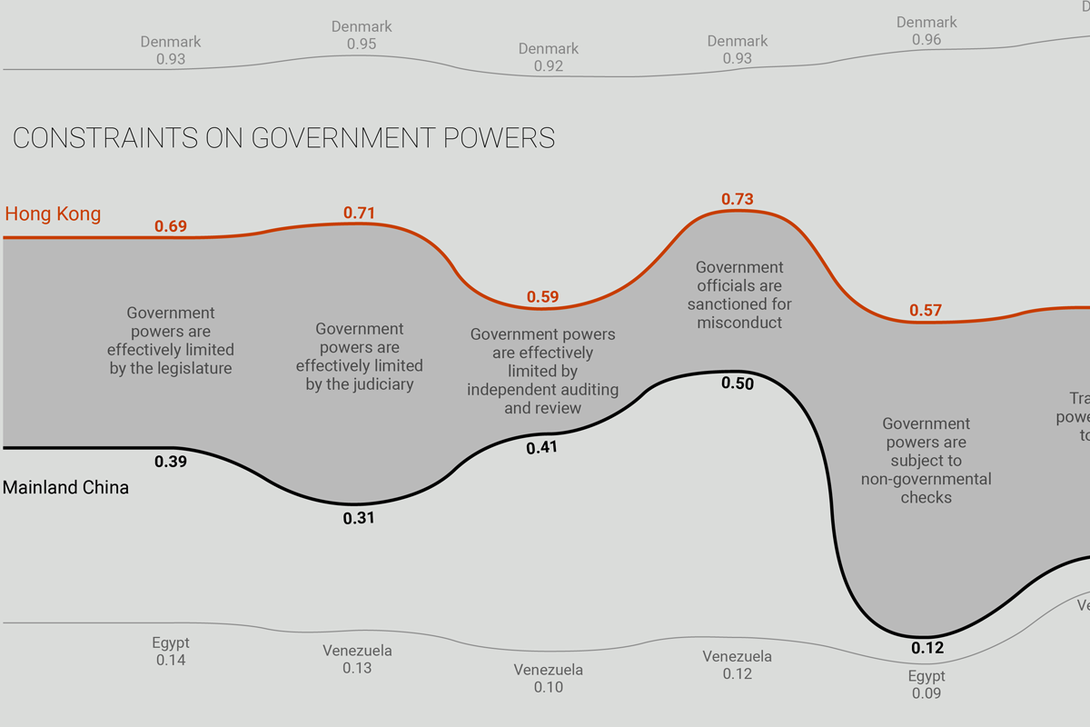 The Rule Of Law: Hong Kong Vs China by South China Morning Post

This visual story compares how Hong Kong and China apply the rule of law. The gap between the two systems is laid out and both jurisdictions are compared to the best and worst countries, as tracked by the World Justice Project. The current unrest in Hong Kong was sparked when the government tried to push through a bill which critics fear would put Hong Kong citizens at risk of extradition to China.