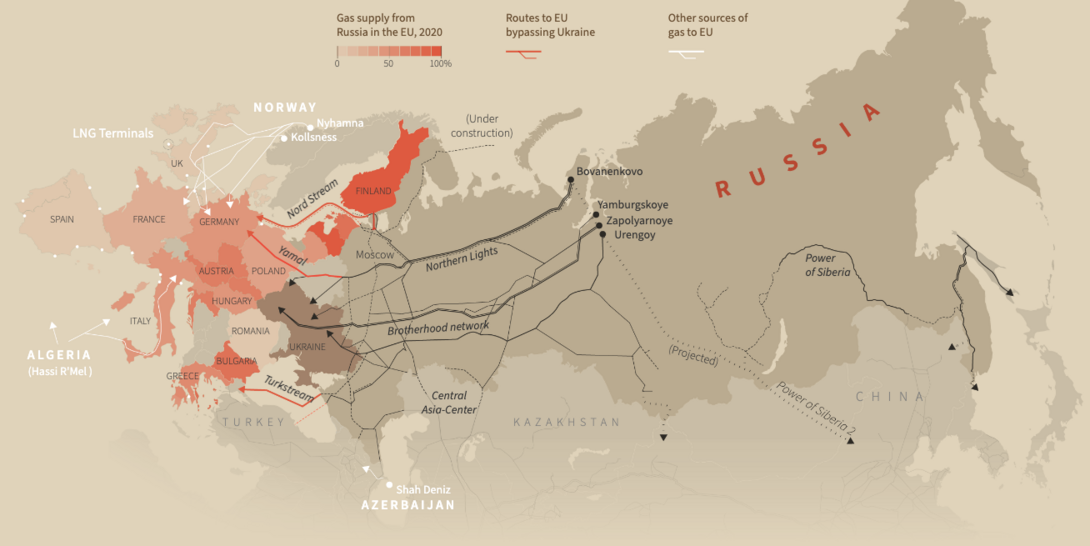 As the crisis between Russia and the West deepened on the borders of Ukraine, Europe and Russia’s long interdependence on one another for energy has became a critical bargaining piece on both sides.

Gas and oil-rich Russia is linked to European energy markets through a series of critical pipelines, the biggest flowing through Ukraine, which have become chokepoints for both sides in the negotiations to avert the growing crisis.