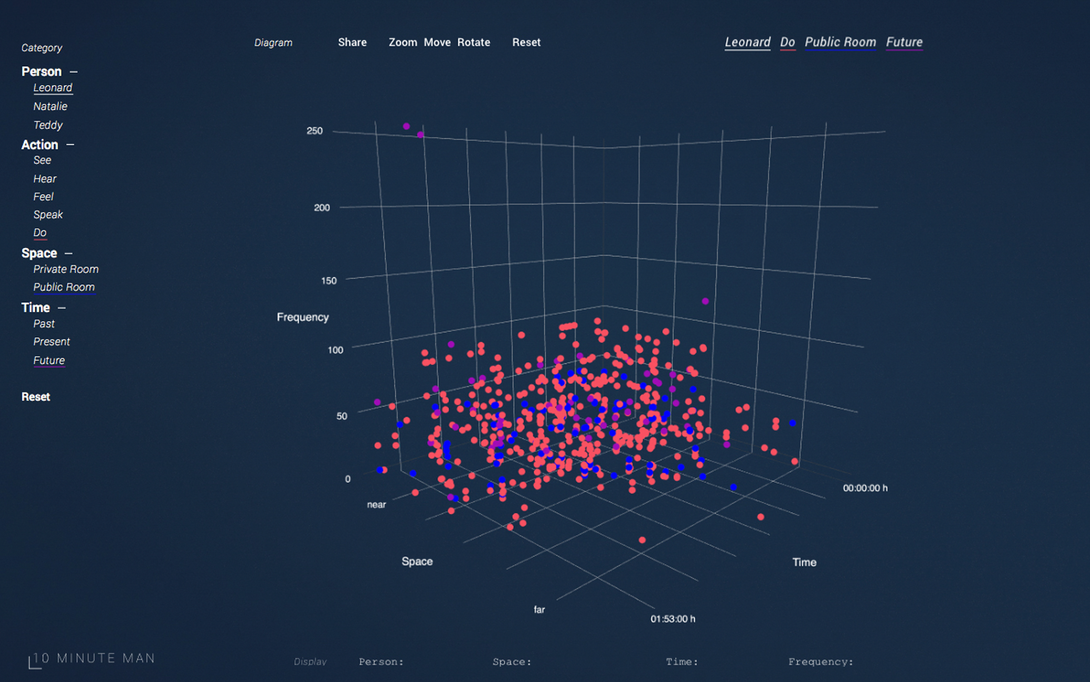 Christopher Nolan`s Thriller Memento deals with a man who suffers from a short-term memory loss, an alleged murder and the nature of the crime. Furthermore the component of vengeance is addressed. The film's appeal is not about the plot itself but rather about the intelligent narrative structure. This unusual rhetorical device embodies the fundamental element of the interactive data visualization of „10 Minute Man“. The user takes on the director’s role and creates bizarre narratives. A person – acts – at a place – at a certain time. These four parameters build the core, from which obscure "data formations" originate in a 3D diagram. The script of the movie serves as a starting point – 9.935 words in 113 minutes. To localize the language in space and time, word frequency, point in time, and the position of a person in the moment of speaking are used as variables in the visualization. As a result, the user is invited to explore his stories from inside the room.

Altogether, it represents an artistic product where narrative, archival and aesthetic elements merge together.