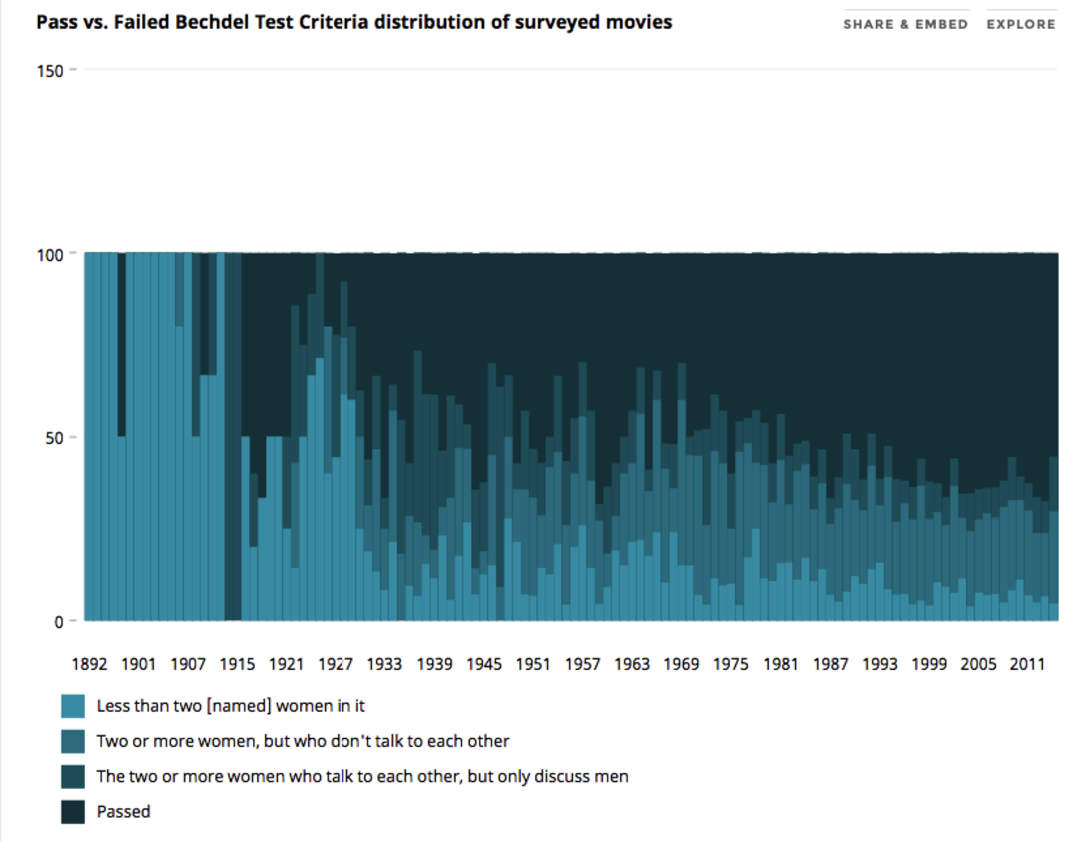 With film fever in full swing, go and check out Silk’s awesome data viz project Women in Film, which tests gender bias in over 5,000 movies released in the last 100 years.

A film can only ‘pass’ if it features at least two named women who talk to each other about something other than a man.

Movies that have failed to meet these criteria, popularly known as the Bechdel test, have included Lord of the Rings, Avatar and The Social Network.

By introducing an interactive tool that enables users to assess by genre and year, Silk's project reveals some pretty shocking stats. Only 55% of movies surveyed in 2014 passed while fantasy films fell well below this average, with a 37% pass rate.

The Women in Film dataset was curated by Silk data journalist, Alice Corona, and is available to download under the Creative Commons license, CC BY-SA. Sources include IMDb and bechdeltest.com, where you can find out more about this popular standard for assessing gender bias in movies.

Silk is a free web tool for data-driven storytelling where users can publish and visualize their own data using the website’s inbuilt interactive tools. Women in Film is just one of many thousands of cool projects to feature on this exciting new platform.