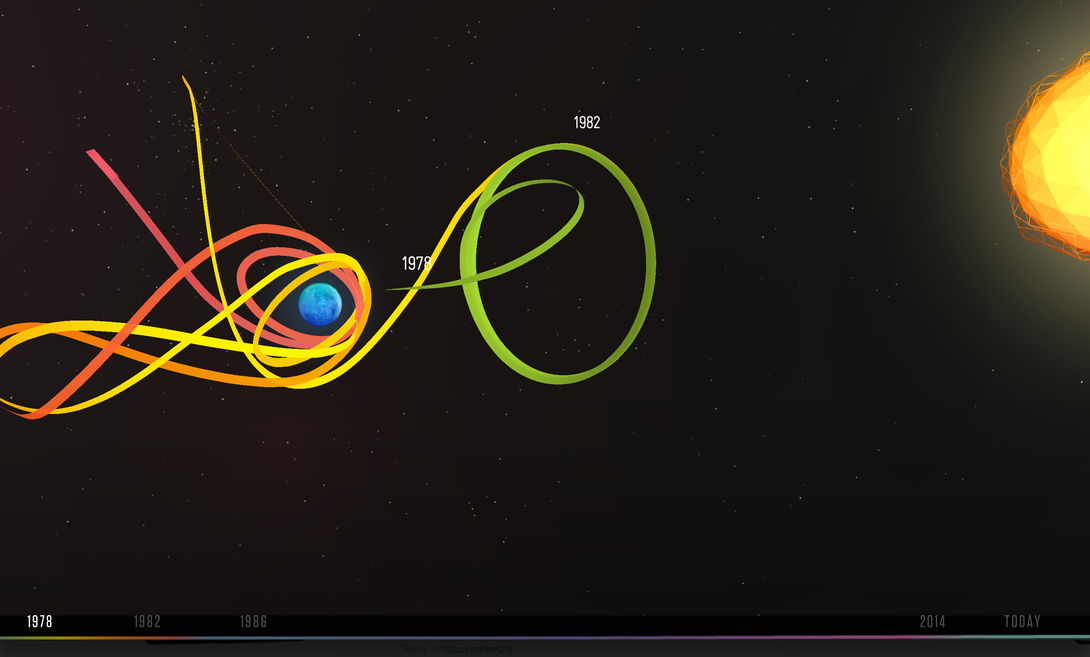 A Spacecraft For All

Ladies and gentlemen, we are floating in space! “A Spacecraft For All” is a Google Chrome Experiment that functions as simulation of the flight path of ISEE-3 spacecraft. As well as charting the spacecraft’s journey since its launch on August 12 1978, it shows its current position - something that is constantly being updated in glorious real-time.

The project’s website, spacecraftforall.com, also makes available various nuggets of science data from the ISEE-3’s instruments - from the solar array current (in amps), to the spacecraft’s spin rate at any given moment, and the daily average solar array temperature. The site also features a great interactive documentary about the project. We particularly like the part at the beginning of the doc that points out that ISEE-3 was launched at the height of the Disco era – a slightly superfluous piece of contextual of info, beautifully visualised!