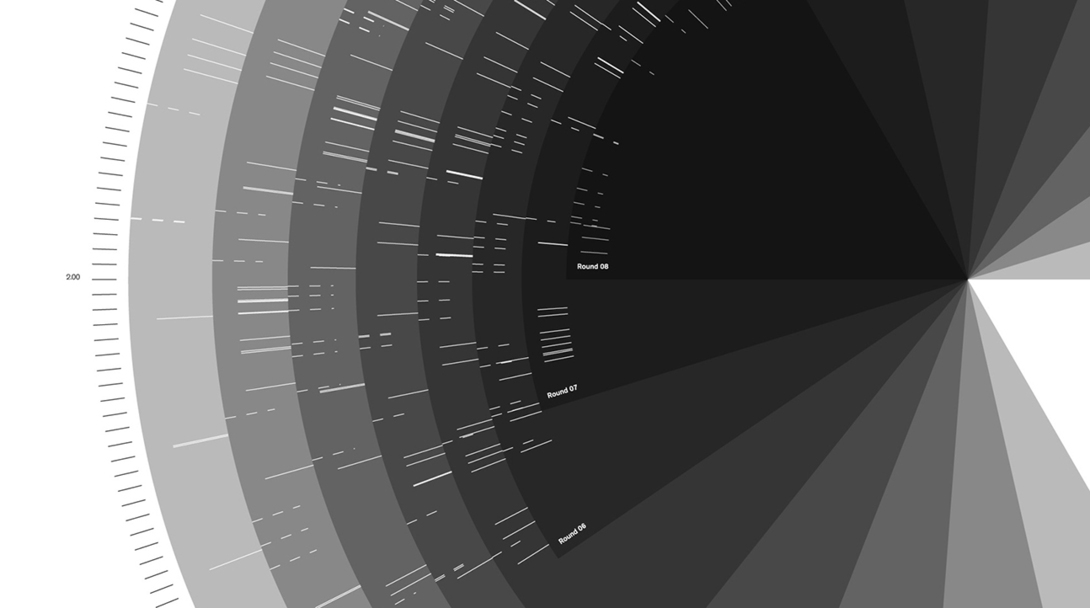 Rumble In The Jungle

Two men dressed in shiny boxer shorts pummeling each other until one is victorious is not, usually, a pretty site. However, in this poster – (Irish designer Aiden Grennelle's homage to Swiss graphic designer Josef Müller-Brockmann) Mohamad Ali vs George Foreman’s historic "Rumble In The Jungle" is mapped out beautifully, round by round, second by second, blow by blow. 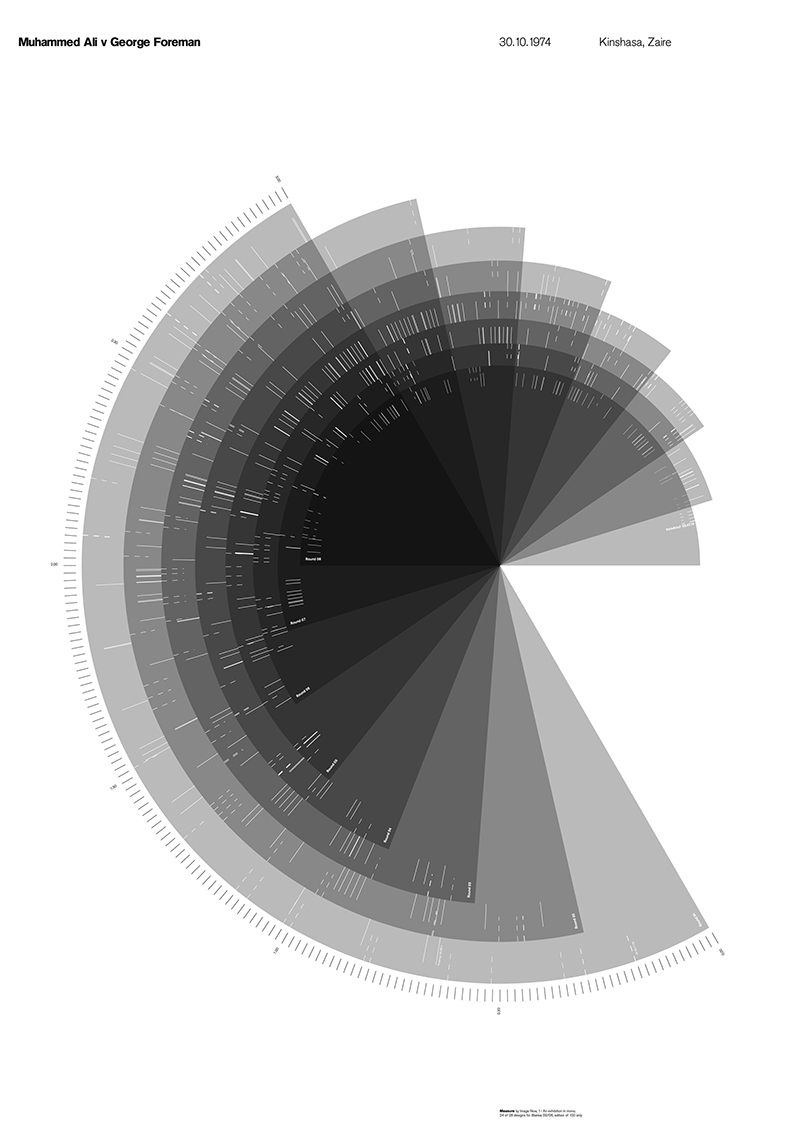 Every three minute round of the now legendary boxing match is represented by a transparent grey semi-circle, with each of its 180 degrees representing one second of time. Ali's connecting punches are marked in the appropriate places as three short dashes, whilst Foreman's blows appear as long dashes.

Entitled Measure, the poster was one of 28 black and white posters created for Blanka's Mono exhibition in 2006.