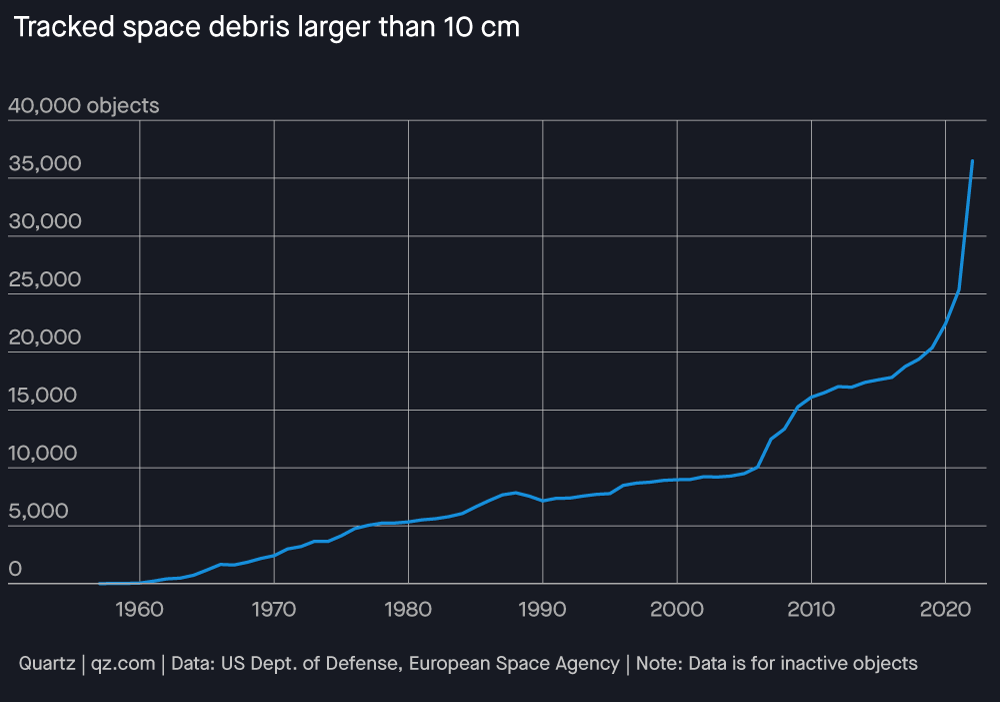 Monitoring space junk is becoming more complicated as the number of errant items—and their risk of colliding—increases. Meanwhile, the stakes of doing this accurately are only getting higher with every new piece of expensive equipment we launch into space.

Our current ability to identify potential space crashes is imprecise at best. For example, we know that in January 2022 there were at least 70 instances of objects in high orbit that came close to each other. While culling this list out of tens of thousands of items stranded in space is impressive, it’s just a snapshot in time.

There are around 37,000 pieces of space trash larger than 10 cm (3.9 inches) being tracked internationally, most of them in low Earth orbit. It’s much harder to detect smaller objects, but scientists estimate there’s more than 330 million pieces smaller than 1cm.