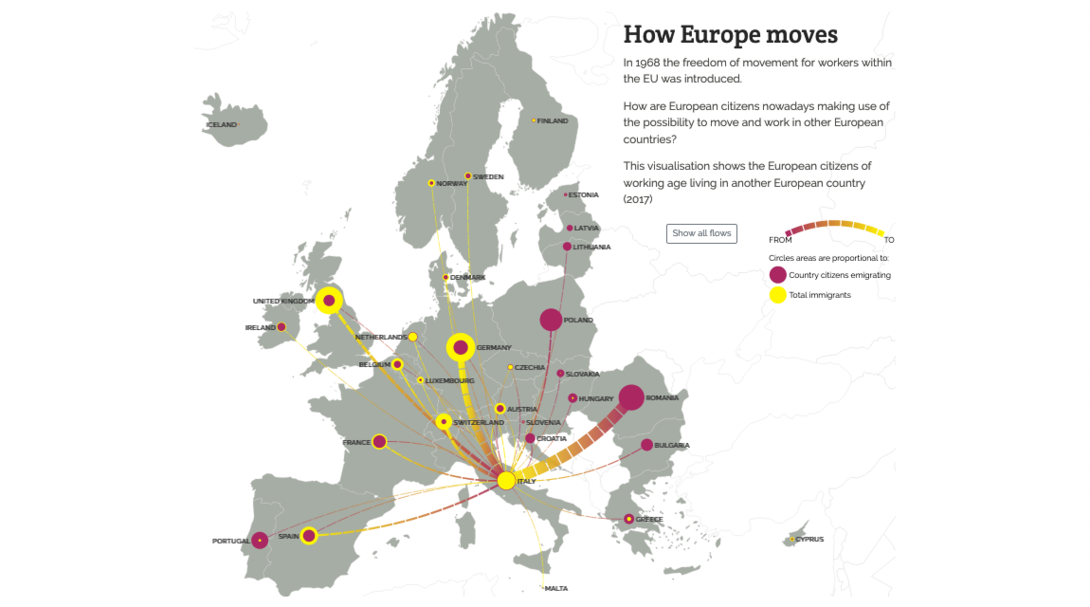 How Europe Moves by Roxana Torre

How Europe moves shows labour migration flows within Europe.
In 2017 almost 13 million European citizens of working age were living in a European country other than their country of origin.
Looking at the migration flows it is easy to see that many people left their country of origin to work in countries that offer better job opportunities than their own (emigration from Eastern countries and Portugal). While these are mainly "departing" countries, in other countries the rates between immigrants and emigrants are almost in balance as is the case in Italy, the Netherlands and Ireland.
Although at first sight Germany and the UK are evidently the countries which received the largest number of immigrants, when taking into account the rates between immigrants and working-age inhabitants, the picture is very different. The country that received the largest share of workers is Luxembourg (45%), followed by Switzerland (19%), Ireland (12%) and Cyprus (11%).