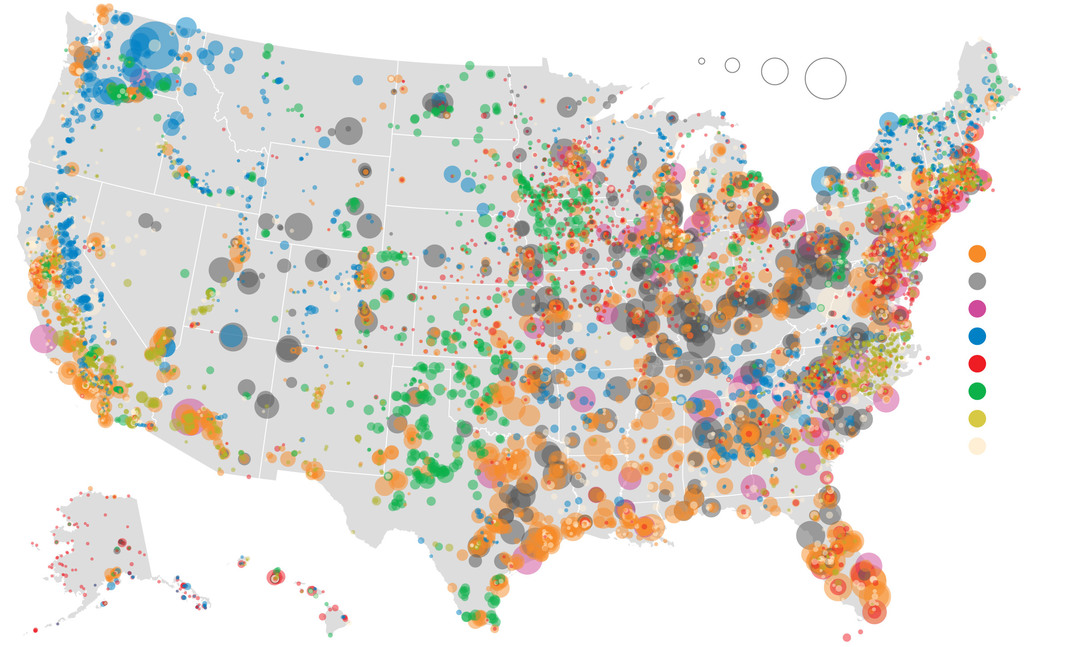 President Trump signed in March orders to reverse the previous administration’s energy policies, a move that he framed as “an end to the war on coal” and that comes amid a drop in the fuel’s use. Natural gas surpassed coal last year as the most common source for electricity generation in the United States, according to a Post analysis of preliminary data from the Energy Information Administration. Coal was responsible for a majority of electricity generation at the start of the century and was still the source for nearly half in 2008 but has fallen steadily, accounting for 30 percent last year. Natural gas powered 34 percent of the country's electricity last year, passing coal as well as nuclear.