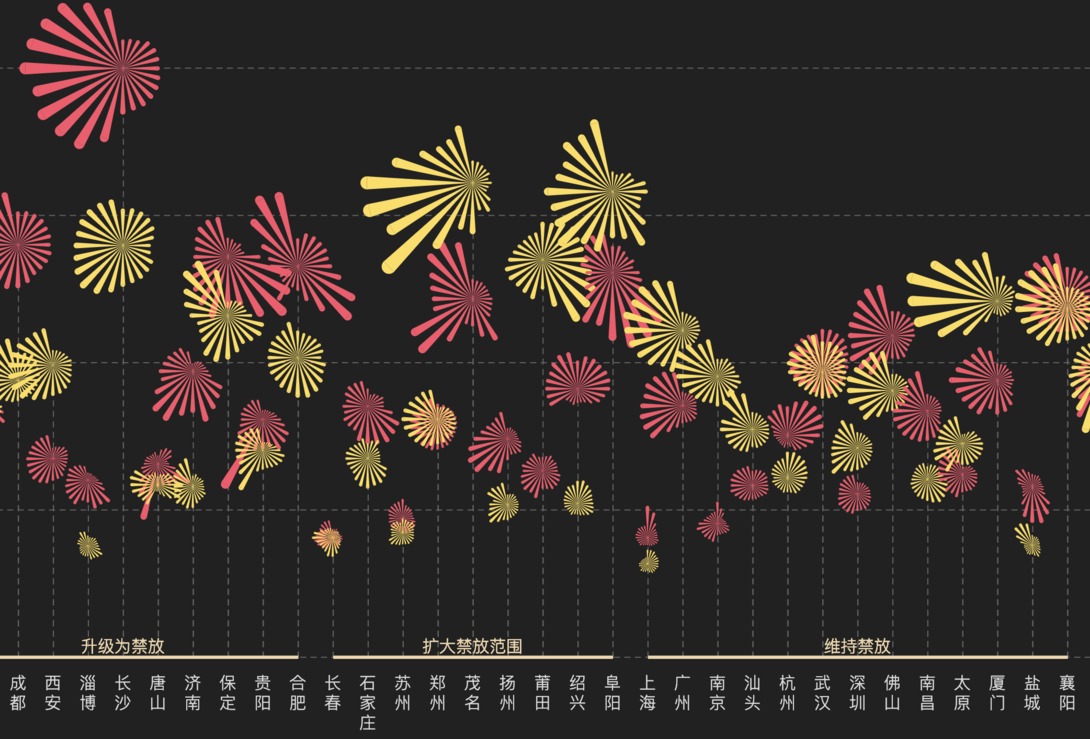 China has a centuries-long history of displaying fireworks on Chinese New Year's Eve. As air pollution attracts more attention, fireworks became a target of criticism because they produce smoke and hazardous gases like sulfur dioxide. Hence, banning fireworks has become a common practice for the 50 most populated cities in China.

To identify what impact fireworks have on air quality, we drew out the polar/bar charts, mimicking the shape of firework displays. Each bar represents one city. The higher the bar, the larger the hourly mass of PM2.5 concentration. Each line of the polar charts represents each hour of the 24 hours of New Year's Day. The longer the line, the higher the values of PM2.5 concentration.

We also tailored the visualization for different platforms.

For the mobile version, the data is demonstrated in a side-by-side format. Municipalities are arranged by policy types since that's the key variable for our storytelling.

For the PC interactive version and poster version, we maximize the capacity of the larger screen. We arranged municipalities horizontally, and the readers can see all 50 municipalities' data at a glimpse. They were first categorized by policy types. The readers can play with it, including showing comparisons between 2017 and 2018, regrouping the data by air quality rankings, etc.