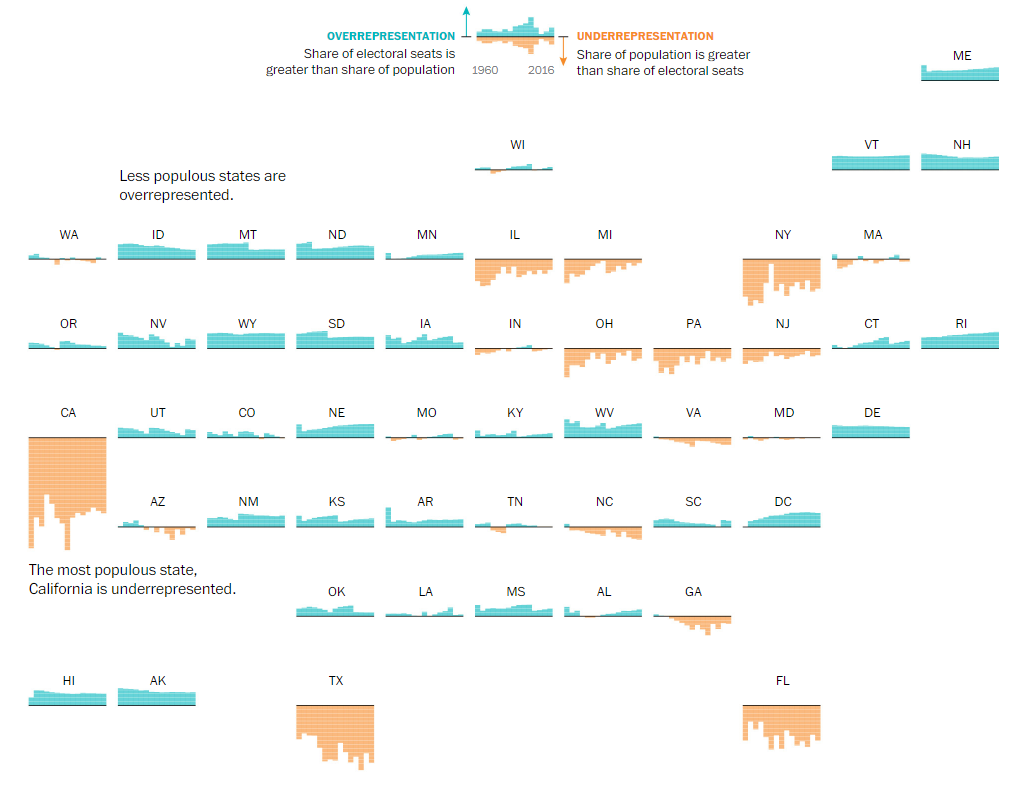 The Electoral College misrepresents every state, but not as much as you may think by The Washington Post

A state’s electoral votes are equal to the number of representatives and senators the state has in Congress. House seat apportionments are based on population and are reapportioned every decade after the census. Every state is guaranteed at least one seat in the House and two in the Senate.