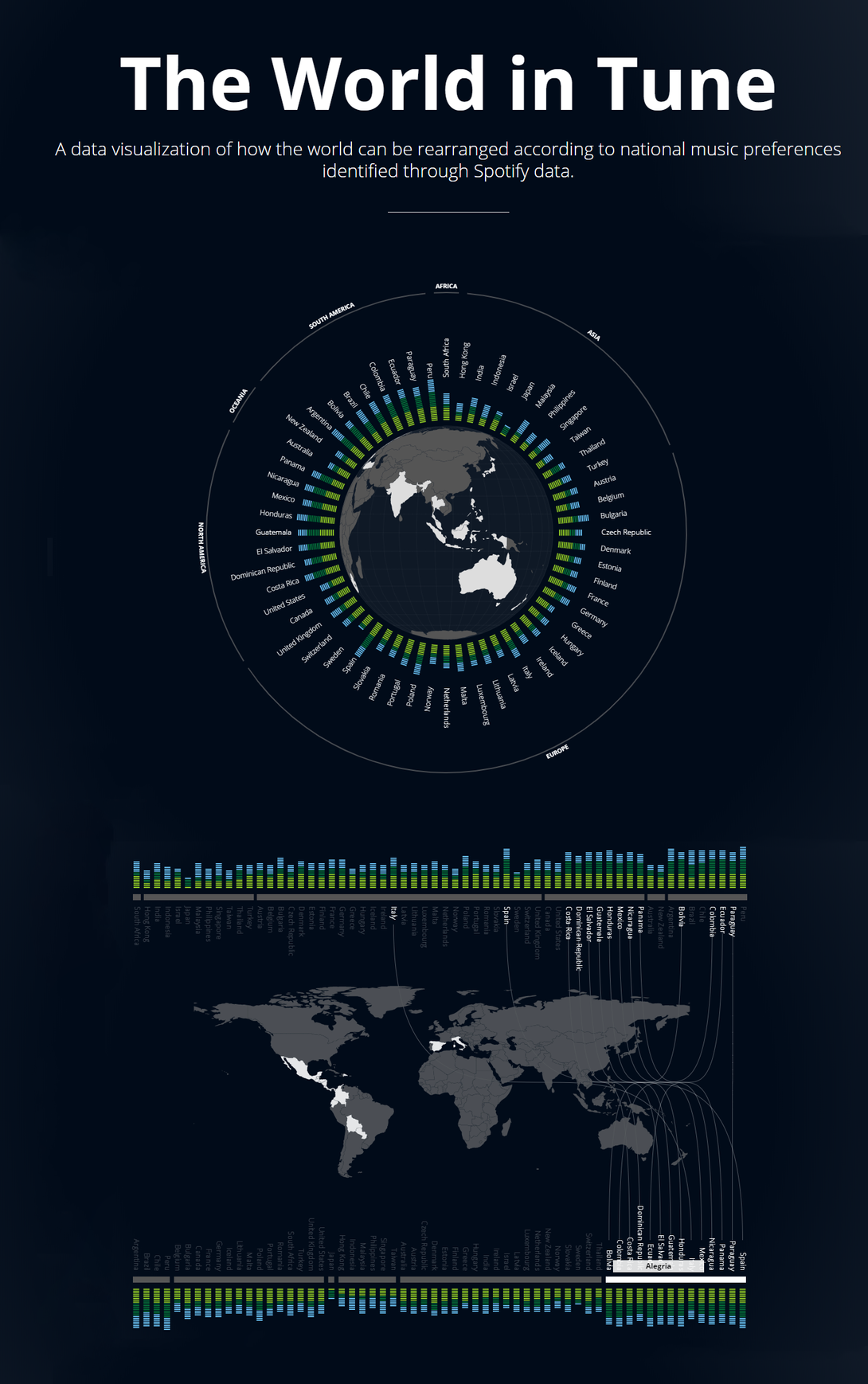 The World In Tune by Deloitte Consulting Netherlands

A data visualization of how the world can be rearranged to national music preferences identified through Spotify.

Spotify currently has 232 million active users a month and hosts over 50 million songs. And now that these hundreds of millions of people from all over the world listen to their songs on the same platform, a question arises: what on earth are they listening to?

The Top 50 charts for these 60 countries are generated by counting the amount of streams per song and connecting this to the country in which it is played.

At the same time, for every track on their platform, Spotify provides data for thirteen audio features. Of which the most independent measures are: Danceability, Valence and Tempo.