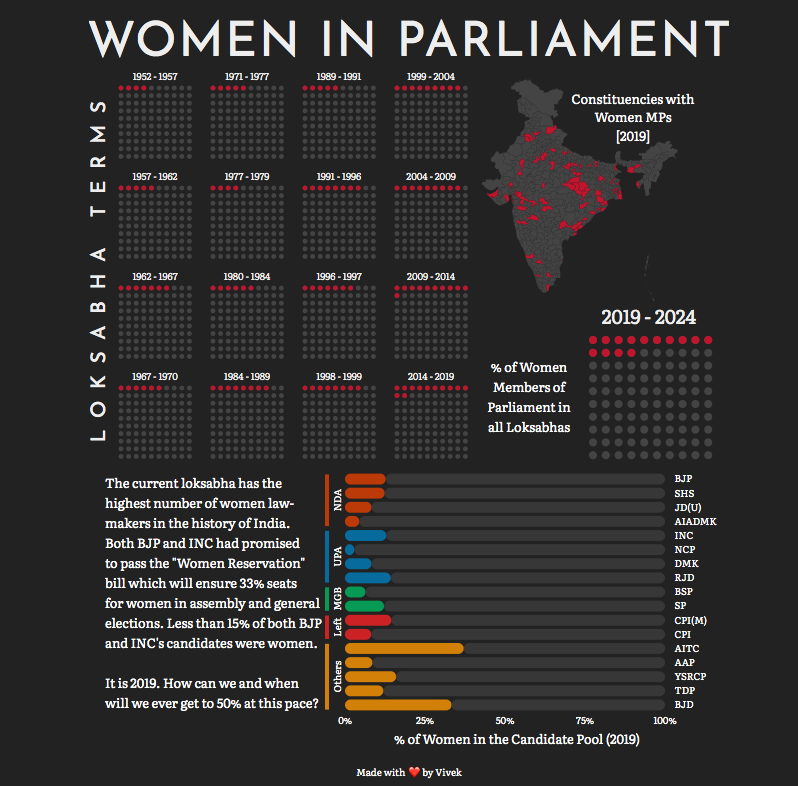 Women In Parliament by Vivek Aithal

India has around half a billion women, but less than 15% representation in parliament! I wanted to explore this trend through the ages. Although the representation has been growing, it's nowhere near where it ought to be.

Many parties in India, including both the BJP and the INC, two of India's largest national parties, have promised to pass the 'women reservation bill' in their 2019 election manifestos. The bill promises 33% reservation for women in state and national elections and requires a constitutional amendment. Both parties have less than 15% women in their respective candidate pools for the 2019 elections.