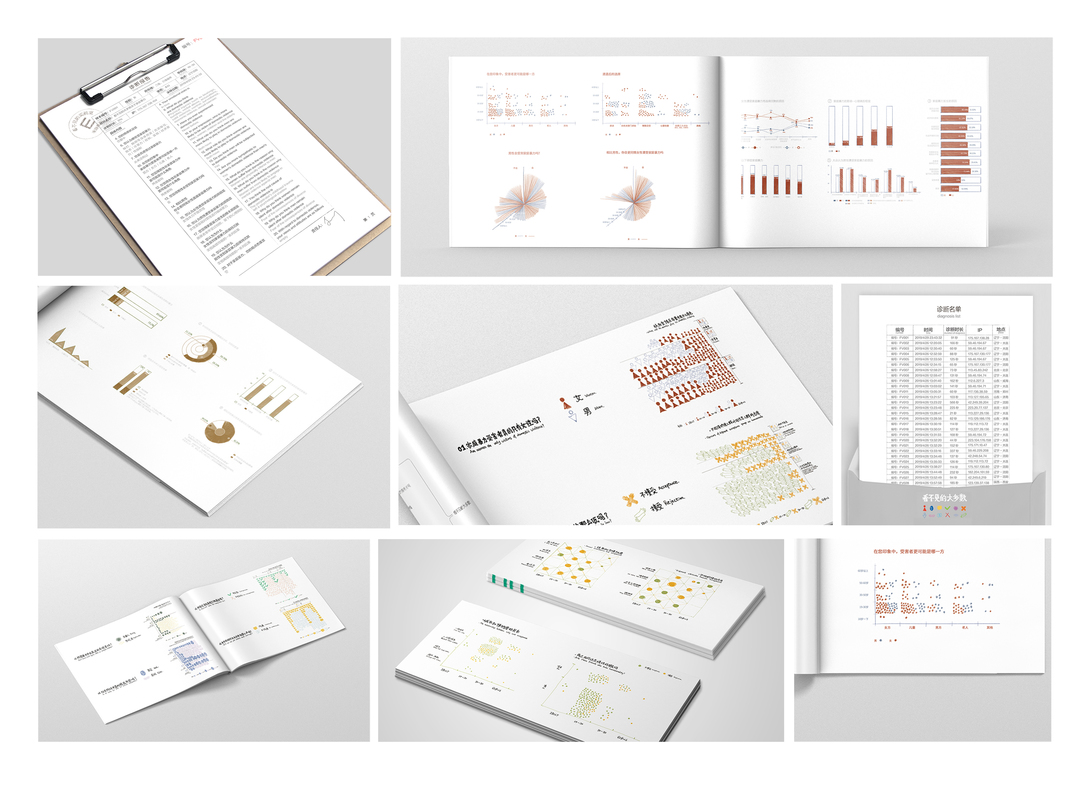 The Invisible Majority by LuXun Academy Of Fine Arts

Group information assignment, featuring data from the group survey of 1200 real data points. The main vision in the form of visual chart directly reflects the relationship between visible and invisible groups.

On November 9, 2016, a chaotic, scandal-ridden and fractious general election finally came to an end. Republican candidate Donald Trump swept away the decline in previous polls and won the 45th presidency of the United States with key victories in swing states like Florida and North Carolina.

From the reversal of the results of the 2016 U.S. general election, we find that there are more silent and silent people in the noisy discourse circle. They have different opinions from the seemingly mainstream views, have great silent power, and may play a key role in important moments. So from the social perspective (life direction: domestic violence, campus violence, social networking: online social networking, emotional direction: marriage, homosexuality, psychological direction: depression), we explore these invisible forces.