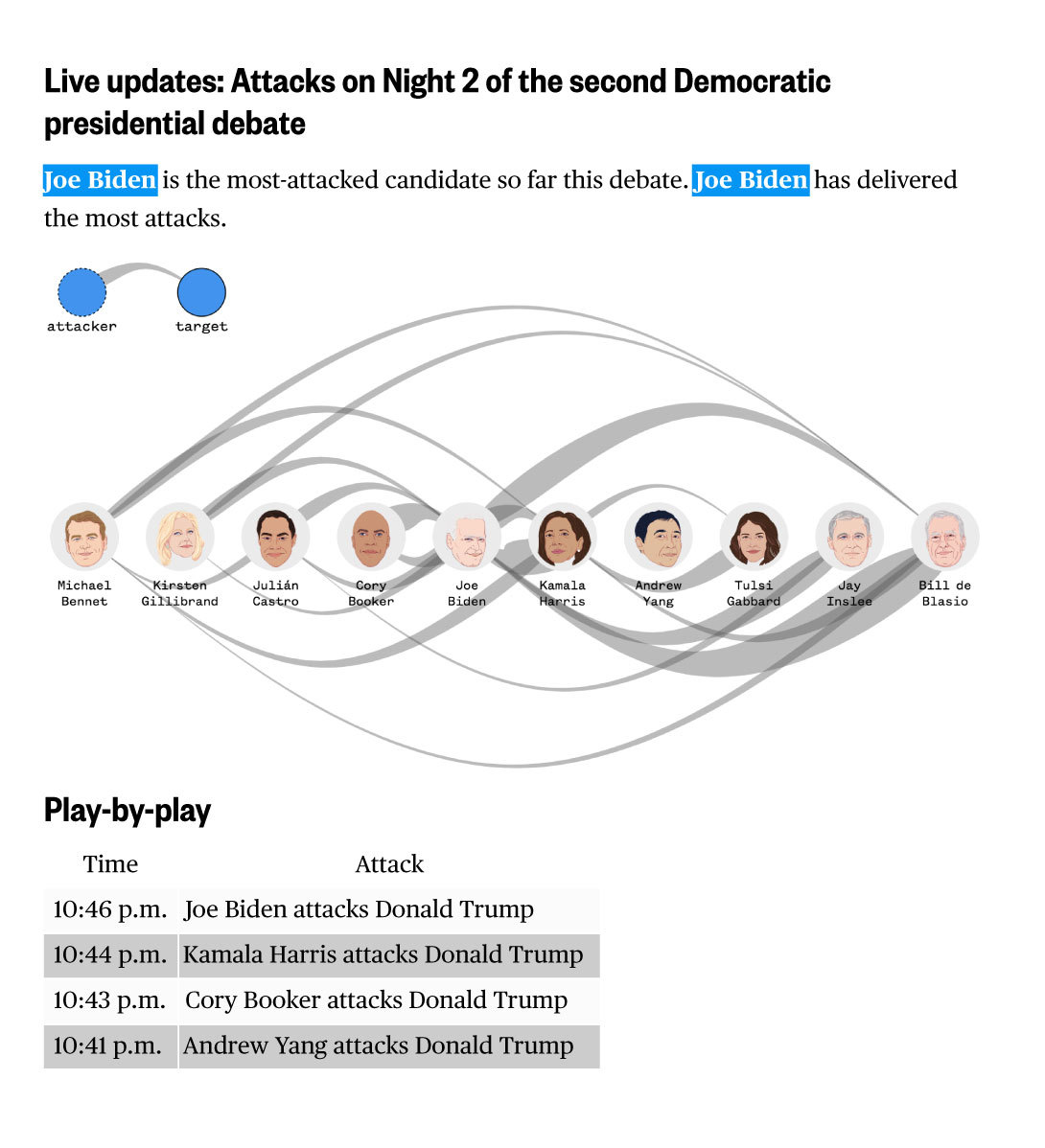 NBC News: Live tracker: Which Candidates Were On The Attack In The Second Democratic debate? by NBC News

When Sen. Kamala Harris' presidential debate received a boost in polling after her exchange with former Vice President Joe Biden in the first democratic debate, we wanted to know which candidates would try to duplicate the feat. Polling had been relatively stable until then, with a clear higher-tier of candidates led by Biden, Harris, and Sens. Bernie Sanders and Elizabeth Warren.

Our graphic tracked debate interactions in real-time, drawing a line between two candidates when they attacked each other and allowing readers to see during the debate candidates received the most scrutiny from their opponents throughout the night.

We had long wanted to use an arc diagram to illustrate relationships. Jiachuan Wu on our team figured out how to build the arc diagram between candidates with d3, and the rest of the team put together the Google Sheets backend, the javascript to update the graphic regularly, and the code that powers the dynamic table and data-driven-paragraphs.

We proudly submit it to Kantar Information is Beautiful Awards in the politics category.