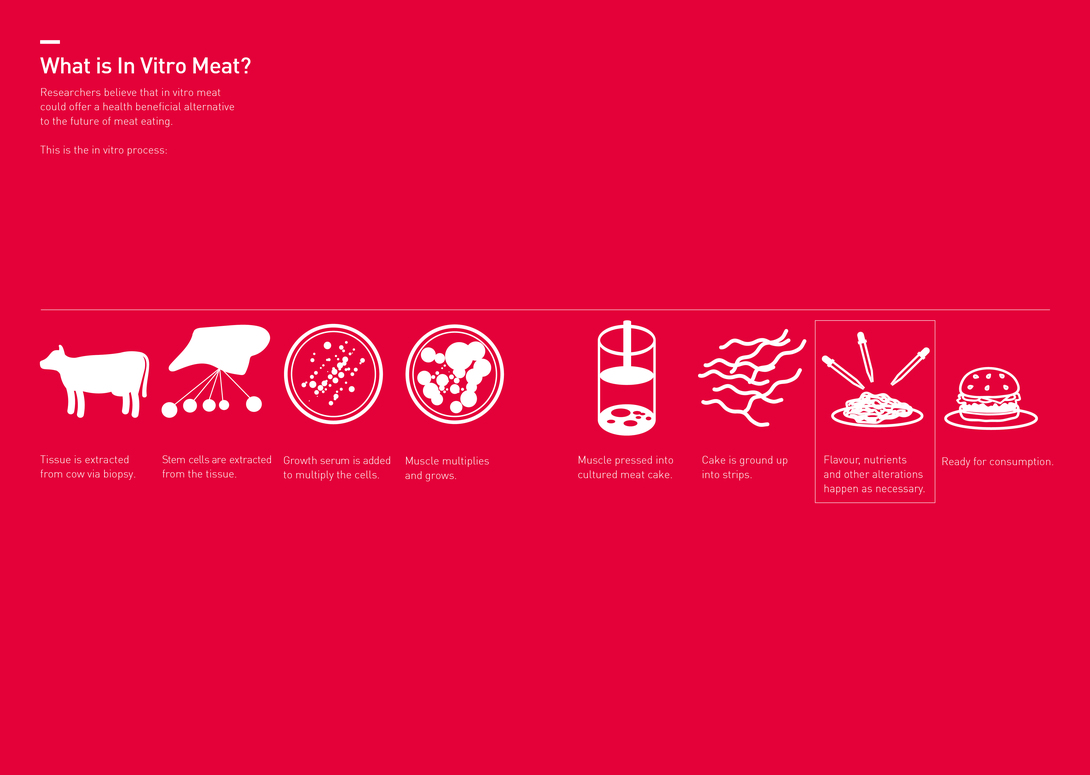 Meat the Future by Georgina Stokes

‘Meat the Future’ is an infographic design based on the OECD’s (Organisation for Economic Co-operation and Development) data of ‘World Meat Consumption and Production’. The design is intended to take the reader through a narrative of understanding the future of Meat; due to Earth’s immanent population increase and growing red meat consumption, we need to rethink how we produce and approach consuming meat.

Through detailing the process of in-vitro meat as an alternative system whilst comparing to traditional meat production the reader is encouraged to make their own decision about a viable future meat option when considering the future, and whether they would be interested in backing the alternative. Followed by a series of data visualisations to give a wider overview of the implications of meat production versus in-vitro and the environmental impacts both scenarios have.

There is a speculative response to this project’s data at the end of the document where visualisations about future everyday scenarios within a website and supermarket touch-screens forms were added to the narrative to place the data interpretations into a real-life space in a context which is relatable and allows the reader to bring to life within their day-to-day the possibilities of meat interaction.