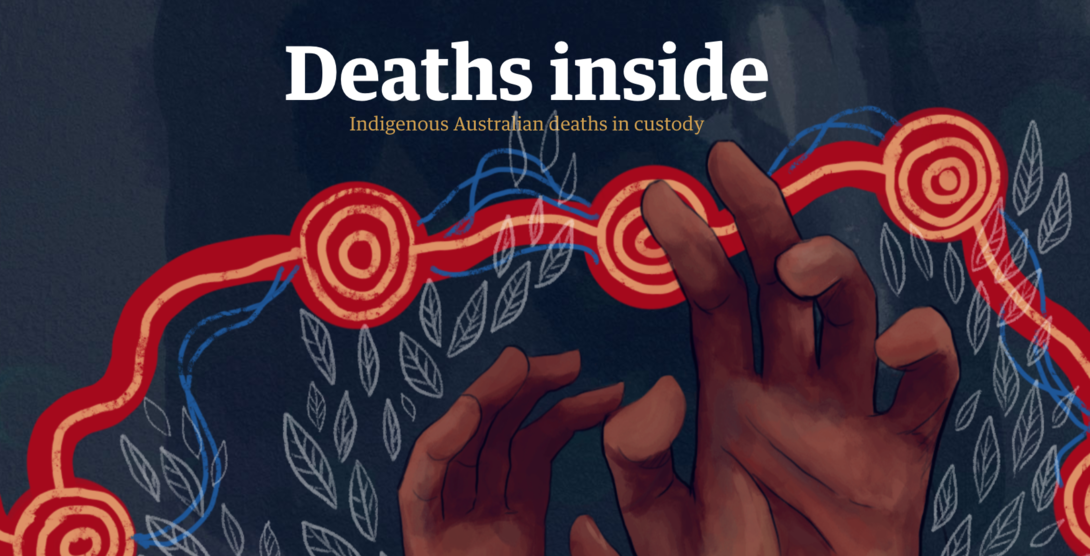 Deaths inside: Indigenous Australian deaths in custody by Guardian Australia

Our project tracked every Indigenous death in custody for the last ten years. This unique, data-driven approach allowed us to identify that Indigenous deaths in custody are much more likely than non-Indigenous to involve failures of medical care, and breakdowns in procedure by responsible agencies. Almost half were not sentenced prisoners, but people who were on remand, in a lock-up, awaiting charges or involved in police pursuits.

Deaths Inside iis the most comprehensive publicly-available report on Indigenous deaths in custody in Australia, and is presented in an innovative visual format that allows exploration of the data without losing sight of the people behind the statistics.

Publication of the database and associated stories prompted an immediate response from government, with Indigenous affairs minister Nigel Scullion urging all states and territories to act on an important Indigenous custody notification system.

Shadow attorney general Mark Dreyfus commended the Guardian on the project and called on the government to act, saing "the statistics that the Guardian have uncovered are appalling and completely unacceptable".

We have also been contacted by families of those who have died in custody, who say Deaths inside ensures that the death of their loved one will not be forgotten. Others have said it has also allowed them to connect with other families in similar circumstances for support and healing.

Guardian Australia has been contacted by lawyers and academics saying the database will
be an invaluable research tool for their own work, because existing government-run databases and monitoring services do not provide the same level of detail or functionality.