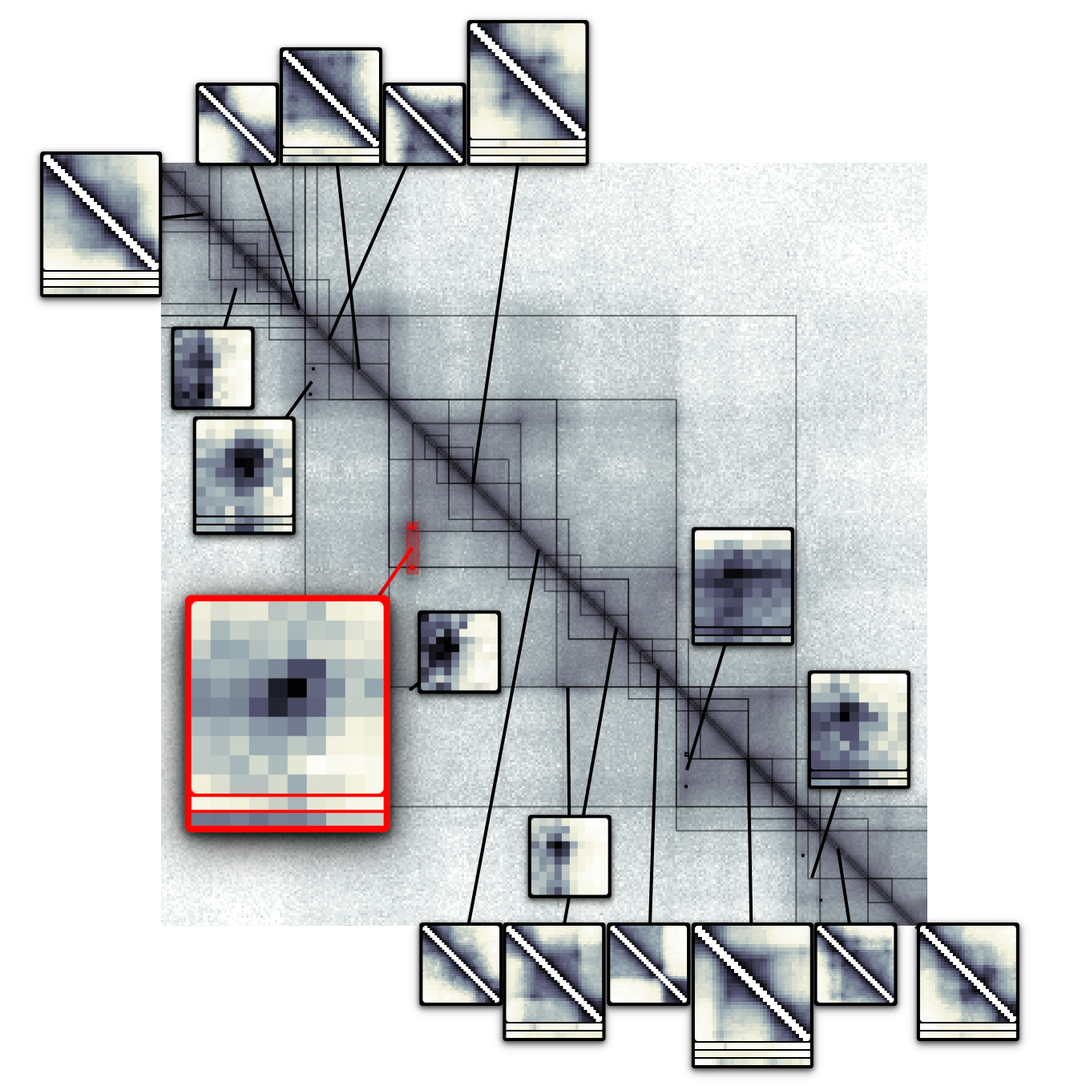 Scalable Insets is a new technique for interactively exploring and navigating large numbers of annotated patterns or features in multiscale visualizations such as gigapixel images, matrices, or geographic maps. A feature can be any kind of visual pattern such as a car in an image, a dot in a matrix, or a park in a map. Our technique visualizes such annotated patterns too small to be identifiable at certain zoom levels by using insets, i.e., magnified thumbnail views of the patterns. Insets are dynamically placed either within the viewport or along the outer boundary to offer a compromise between locality and context preservation. Annotated features are interactively clustered by their spatial distance and pattern type and are visually represented as an aggregated inset to provide scalable exploration within a single viewport.

Exploring annotated patterns in context is often needed to assess the relevance of patterns and to dissect important from unimportant regions. For example, imagine trying to find a good location for your next ski trip. The details of a ski area and the connection between multiple ski areas is important to define the relevance of a region, but zooming in often leads to a lack of context and doesn't allow comparisons of different regions. Computational biologists have similar issues when studying thousands of small patterns in large genome interaction matrices to understand which physical interactions between regions on the genome are the driving factor behind the structure of the genome. In astronomy, researchers are exploring and comparing multiple heterogeneous galaxies and stars within super high-resolution imagery. In either case, inspecting every potentially relevant region in detail is simply not feasible because of the large size of the multiscale visualizations and the high number of annotated patterns.

Exploring the visual details of these annotated patterns with insets requires a tradeoff between several conflicting criteria. Patterns must be visible for inspection and comparison (detail). Enough of the overview needs to be visible to provide context for the patterns (context). And the detailed pattern representation must be close to its actual position in the overview (locality). Scalable Insets support users in early exploration through multifocus guidance with dynamic and interactive placement and aggregation of insets. The entire design is focused on scalability and provides a dynamic tradeoff between details, context, and locality to keep the number of simultaneously displayed insets stable even in the presence of hundreds to thousands of annotated patterns.