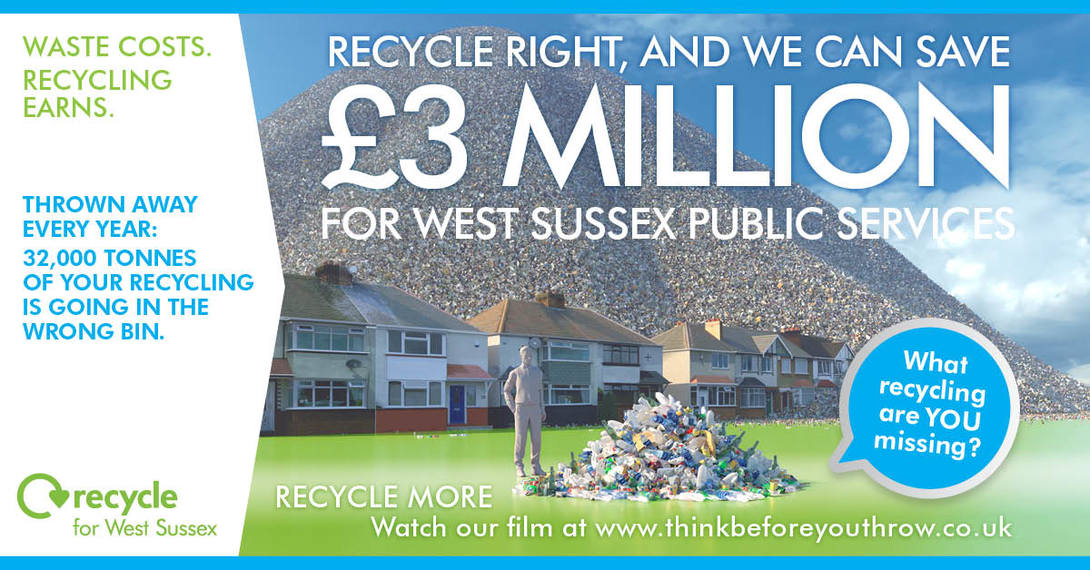 How do you draw attention to the recycling we don't do (but could)? And how can you show people the benefits? These were the questions that West Sussex County Council wanted us to show in an innovative campaign entitled Think before you throw.

Starting point for Real World Visuals was a giant spreadsheet with several years of data on the actual waste that West Sussex residents were recycling, and more importantly what was still being discarded in the general waste bins. So we extracted the raw data, calculated the volumes and designed and created a video, GIF, video extract films and a range of still and print materials to illustrate the actual volumes of waste that could be recycled by households.

The film and other comms material focused on the central £3 million saving that could be made if more waste was diverted from landfill. Visuals shows the 32,000 tonnes of material wasted each year that could be recycled on a Council-wide as well as house-hold level.