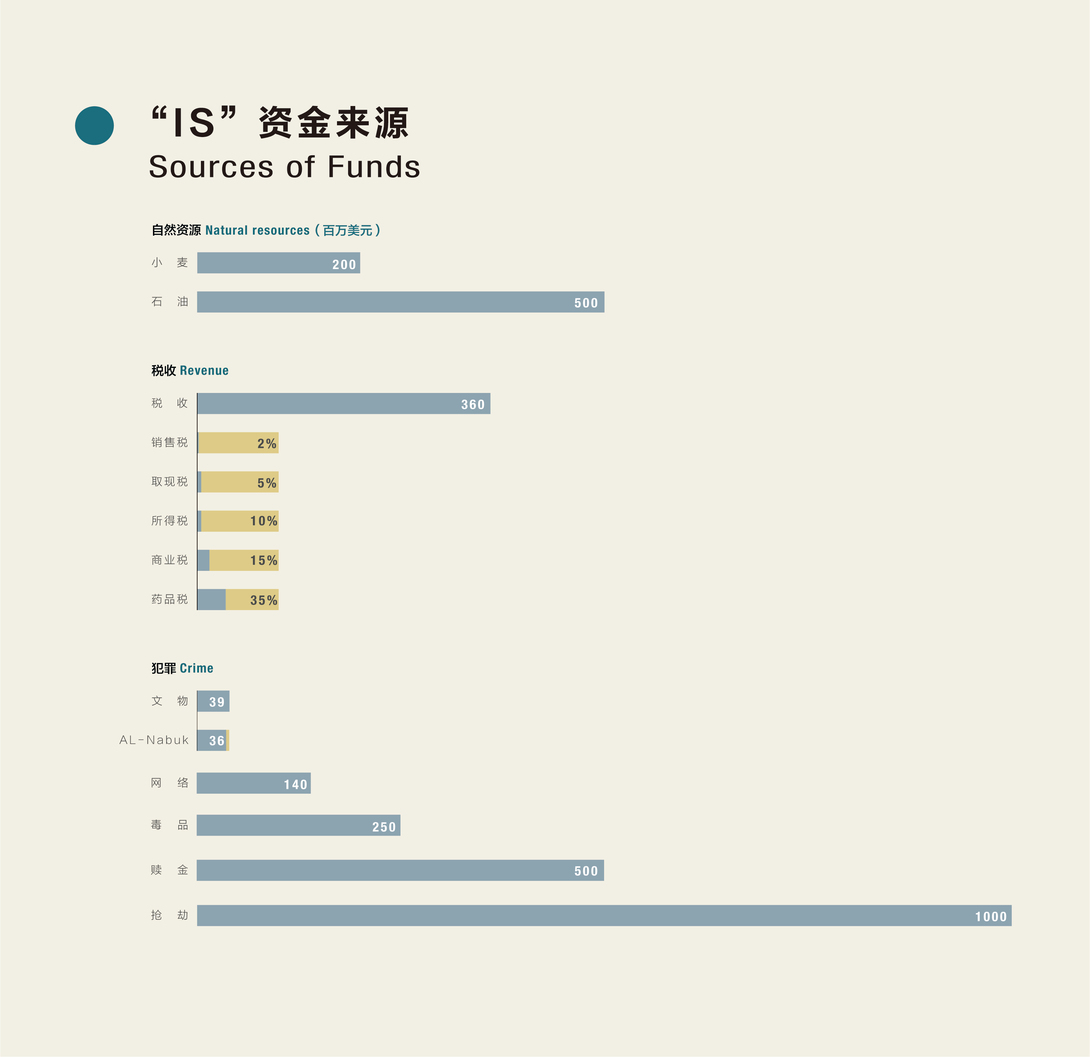 Who made us feel that the world is not safe？ by Nanjing University of Arts, Yifan Wu

Over the past few years, terrorist attacks have increased again and again, causing the world to be in a chaotic situation and the security situation is troublesome. As we all know, terrorist organizations are anti-social, anti-state, focusing on the struggle, killing innocent people. These inhumane acts of terror are heinous which are hated by people. Therefore, terrorist organizations are undoubtedly one of the greatest threats in the 21st century. They not only pose a great threat to personal safety, but also they have a major impact on the international community.
As a military peace investigator, this time I use "IS" as the theme, making an in-depth investigation of the history of years of IS's development, and making a comprehensive chart of it. I use the timeline as the main line in the entire chart, developing a number of sub- tables from the beginning of IS until May 2015. In its content, the chart shows the changes in "IS" over time, including regional changes in "IS", "IS" funding sources and expansion and reduction.The whole world has taken actions and the various preventive measures against “IS”, which include crash events, terrorist attacks in Paris, terrorist attacks in Brussels and so on.
The purpose of this topic is to hope that people can have a certain understanding of terrorist organizations, while calling on countries to unite together to end the brutal acts of terrorist organizations. Maintaining peace is the responsibility of all of us.
I hope that every corner of the world can be filled with the dawn of peace!