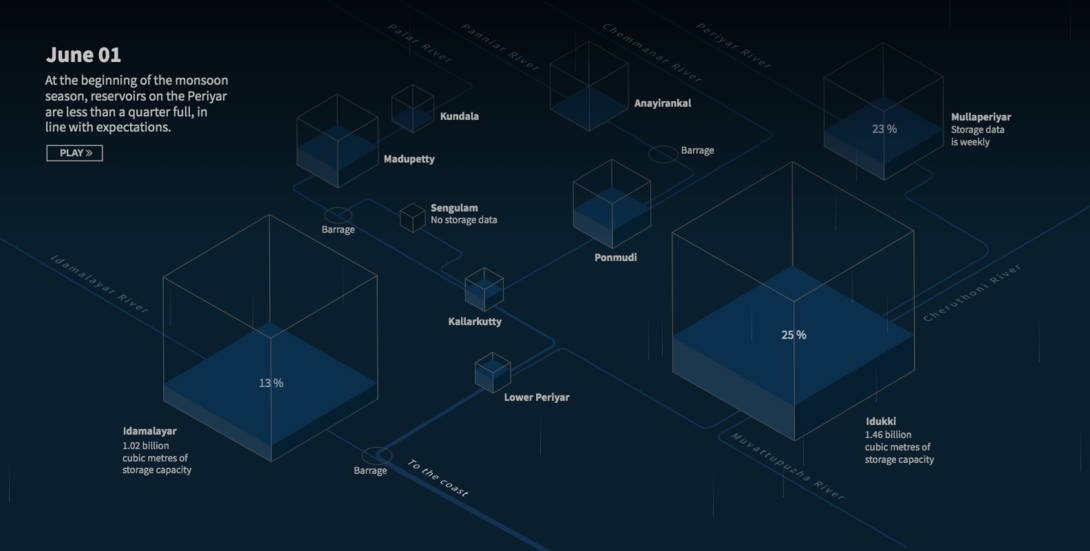 How Kerala’s Dams Failed To Prevent Catastrophe by Reuters

More than 5 million people in Kerala were affected and over 200 were killed amid torrential rain and floods in August 2018. The flooding, dubbed the worst to hit the southern state in nearly a century, caused billions of dollars of damage to fields, homes and infrastructure.

This series of data data visualisations explains the impact of water released by dams in the area.