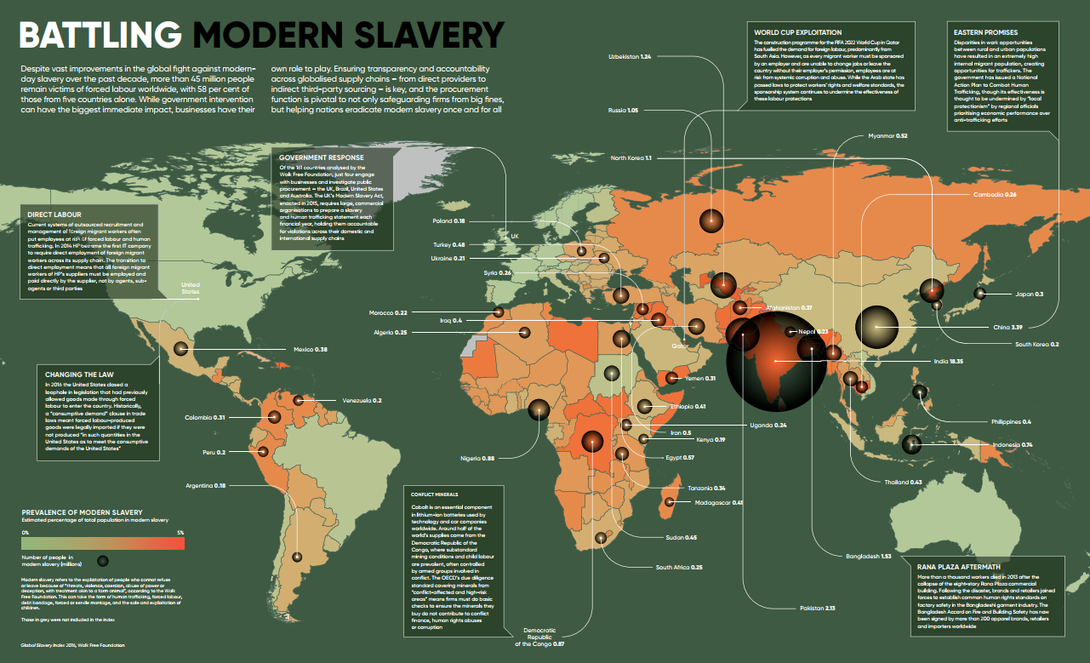 Despite vast improvements in the global ﬁght against modernday slavery over the past decade, more than 45 million people remain victims of forced labour worldwide, with 58 per cent of those from ﬁve countries alone. While government intervention can have the biggest immediate impact, businesses have their own role to play. Ensuring transparency and accountability across globalised supply chains – from direct providers to indirect third-party sourcing – is key, and the procurement function is pivotal to not only safeguarding ﬁrms from big ﬁnes, but helping nations eradicate modern slavery once and for all