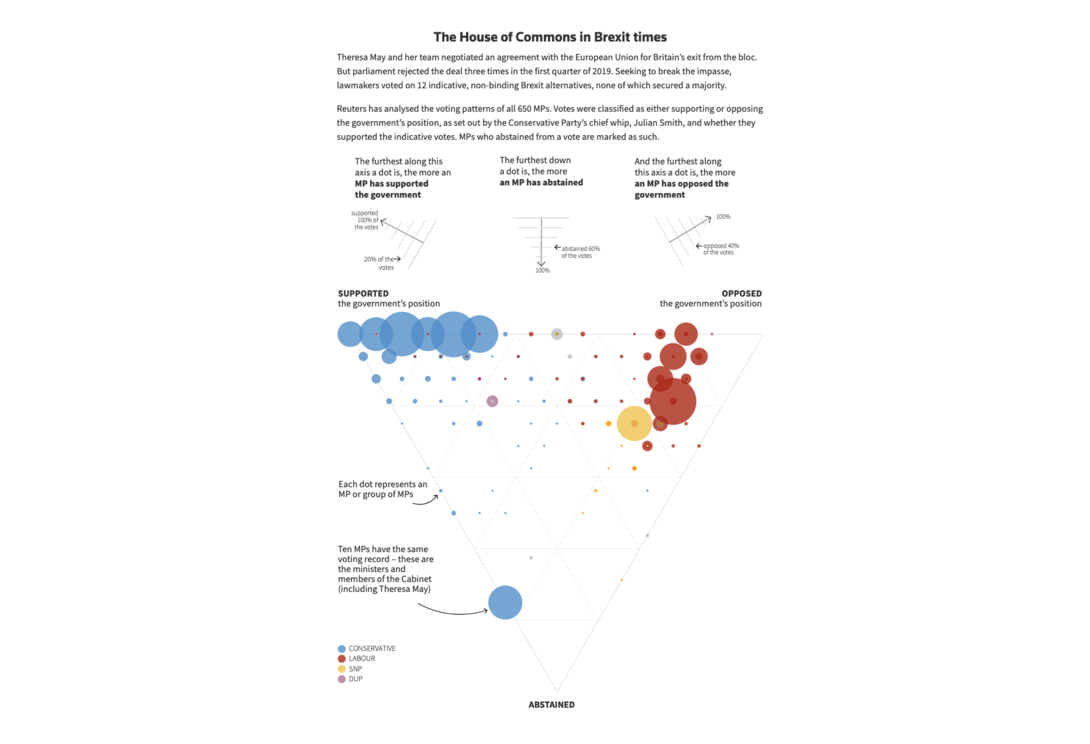 The Brexit Rift Splitting The Conservative Party by Reuters

A visual representation of how Brexit began to fragment Prime Minister Theresa May's party over time. After analysing the voting patterns of 650 members of British parliament on how they swayed, multiple factions emerged. Though May persisted for nearly two years, this gulf between her party members eventually cost her the job.