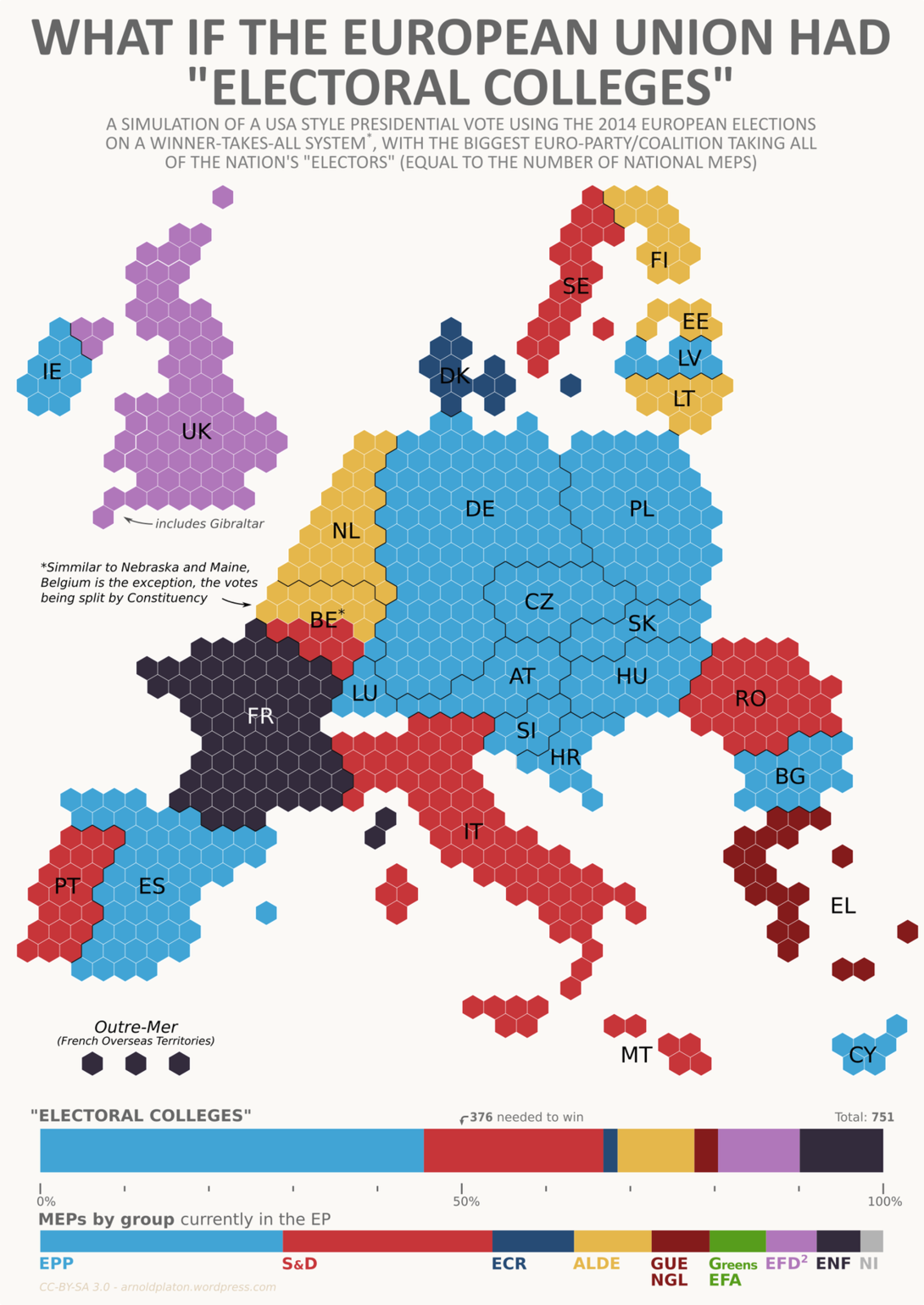 What if: The EU had presidential elections like the USA?

There are two phenomena which converged towards the writing of this blogpost. First of, the recent US elections have put into question, yet again, the voting system used in electing the US president, where wining a majority of the votes can still leave one defeated.

Second, the recent Brexit referendum has stimulated discussions about patching up the real or perceived democratic deficits of the European Union, and one popular solution to this problem is the call for a directly elected European President. Given that the United States of America is often used as inspiration for Federalist proposals, I ran with this thought experiment.