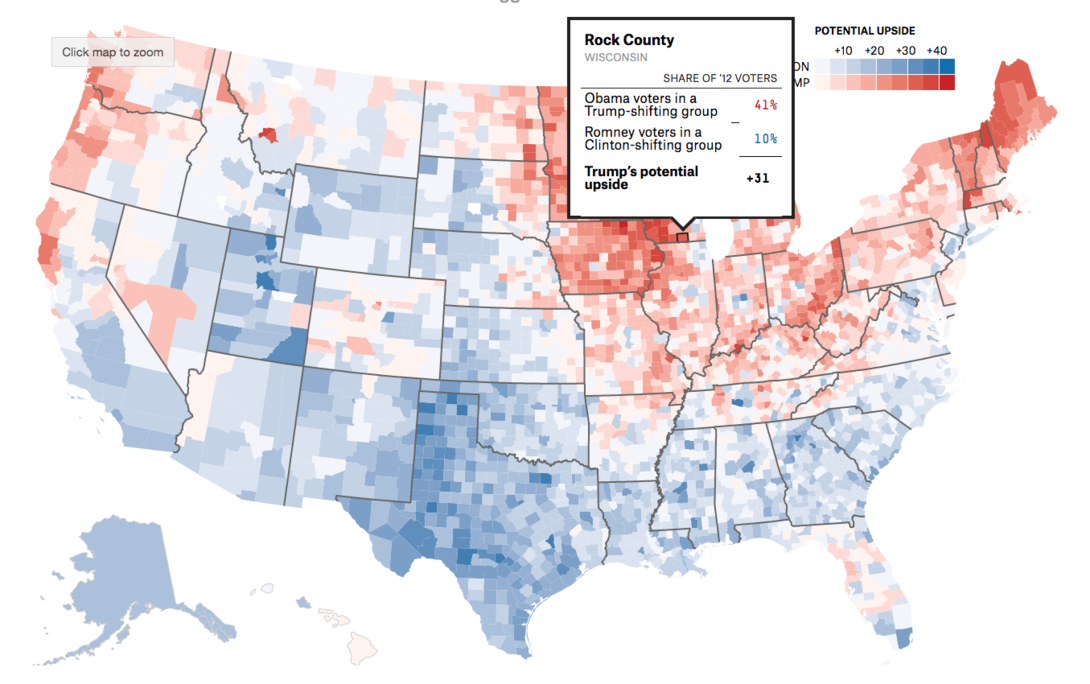 Where Do Clinton And Trump Have The Most Upside? by FiveThirtyEight

Before the 2016 election, we built a county-by-county model to show where shifts in demographic groups could make the biggest difference. The model, and the resulting interactive, showed users which counties were poised to help each candidate the most. The project included an interactive map that let users see the potential vote change in their county, as well as static maps that highlighted some of the model’s most interesting findings.