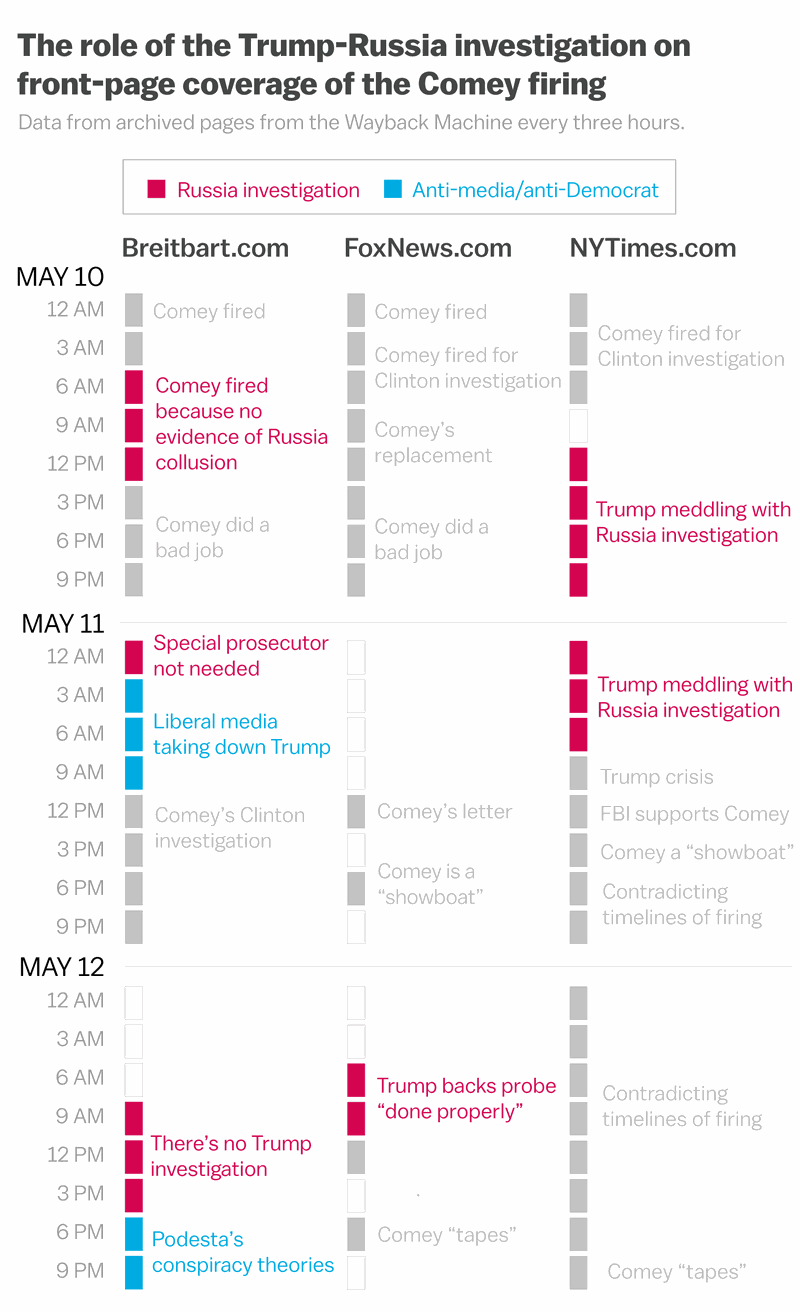 We tracked the Trump scandals on right-wing news sites. Here’s how they covered it. by Vox

The past week of Trump scandals for people reading mainstream news outlets has gone something like this: President Trump fired the FBI director who was investigating his campaign’s connection with Russia — and then the next day, Trump shared classified information with Russian officials.

But on conservative news outlets, the narrative was very different. It was about an FBI director whose firing was long overdue, and a liberal media desperate to take down Trump.

To pinpoint exactly how this played out for a reader visiting only conservative-leaning sites, we analyzed the front pages of Breitbart.com and FoxNews.com and compared them with NYTimes.com. We wrote a program to screenshot the front pages of these sites every three hours after the Comey firing using the Wayback Machine’s internet archives.