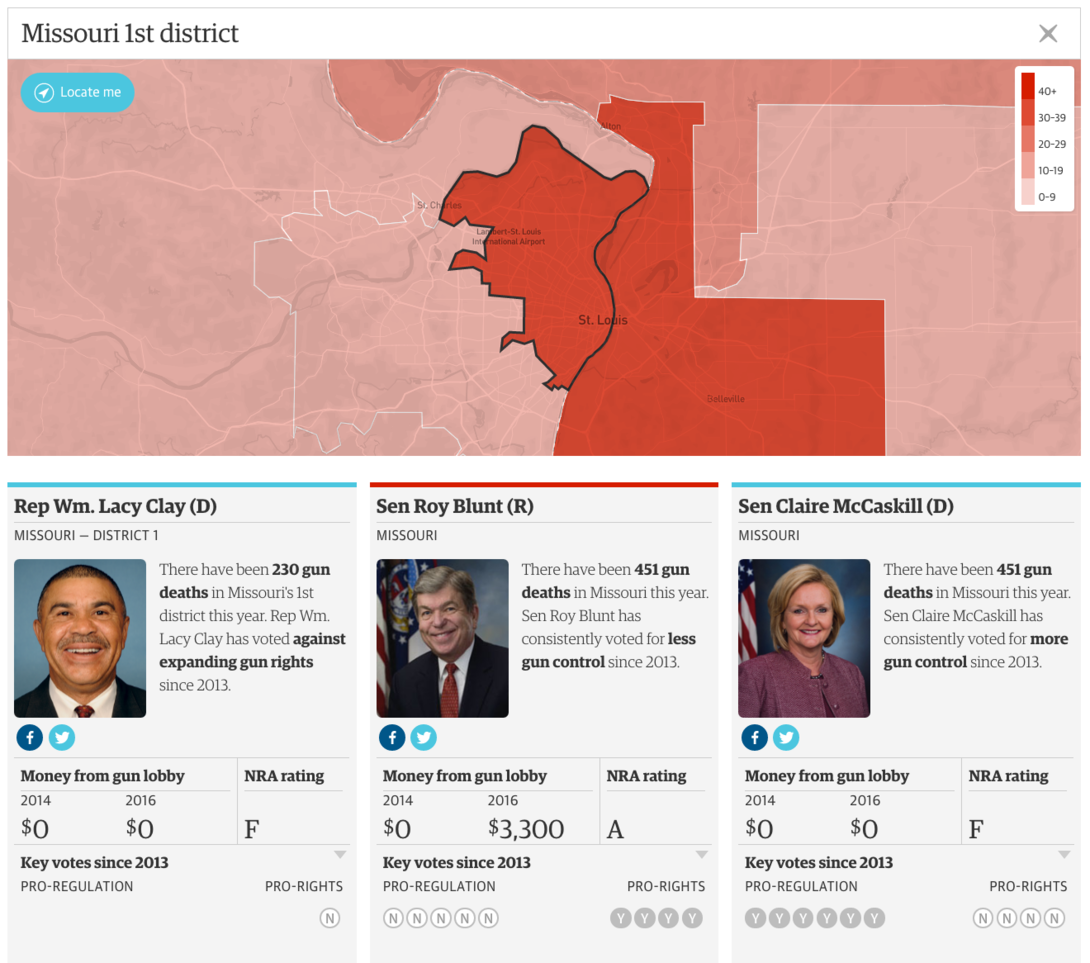 Gun deaths in your district: what have your elected representatives done? by The Guardian

High-profile mass shootings in San Bernardino and Colorado Springs grabbed national attention and sparked debate about how to reduce gun violence. But Congress still hasn’t passed a single bill strengthening gun regulations, even though gun violence extends beyond mass shootings with an average of more than 30 gun deaths per day in 2015. Using data compiled by Gun Violence Archive, a non-profit organization that tracks gun-related deaths and injuries, this project aimed to show readers their representatives’ record on gun legislation compared with the number of deaths in their district.