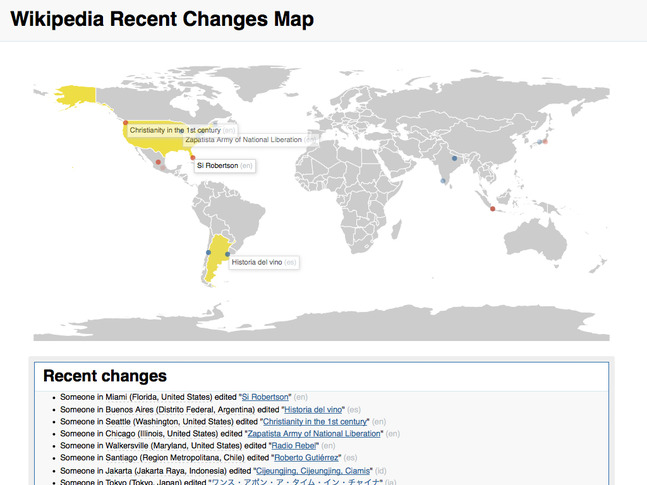 Wikipedia is constantly growing, and it is written by people around the world. To illustrate this, we created a map of recent changes on Wikipedia, which displays the approximate location of unregistered users and the article that they edit. When an unregistered user edits Wikipedia, he or she is identified by his or her IP address. These IP addresses are translated to users' approximate geographic location, and placed on a map. The blue dots indicate an addition, and a red dot indicate a subtraction. Unregistered users only make a fraction of total edits -- only 15% of the contributions to English Wikipedia are from unregistered users. Edits by registered users do not have associated IP information, so the map actually represents only a small portion of the total edit activity on Wikipedia. You may see some users add non-productive or disruptive content to Wikipedia. A survey in 2007 indicated that unregistered users are less likely to make productive edits to the encyclopedia. Do not fear: improper edits will be removed or corrected by other users, including you!