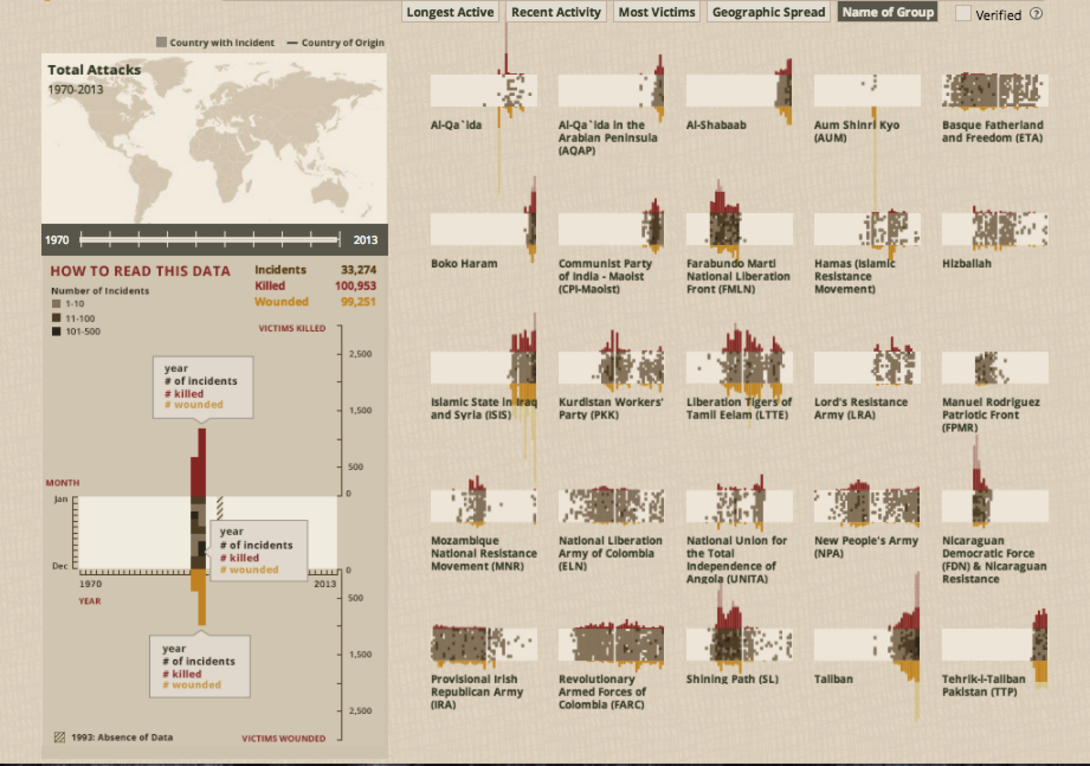 But which have been around the longest? And which are the most deadly?

Data viz agency Periscopic decided to find out as part of a project for the Global Terrorism Database.

The result? A World of Terror, a website visualizing the impact of the world’s most significant terror organisations between 1970 and 2013.

In true data viz fashion, we get a different picture from the one we’re used to seeing. Terror organisations aren't mostly from the Middle East. What emerges is a comparatively longer history of attacks across regions like South America and South East Asia.

You can find out more about the project via Periscopic's website.