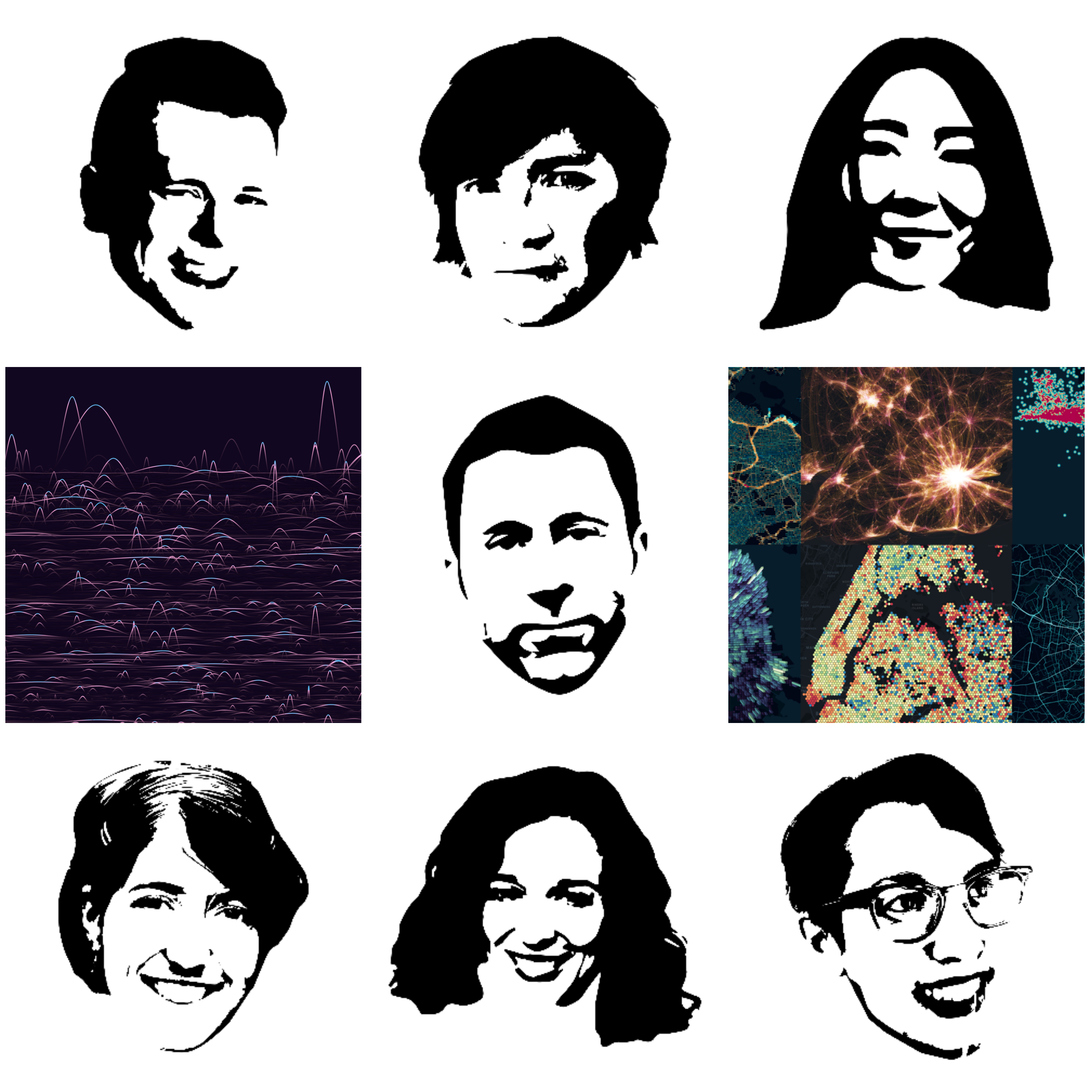 This group of judges for the 2019 Information is Beautiful Awards are engaged in an impressive body of work revealing & visualizing the world around us - in fields ranging from biomedical communications to cartography. Read on for more of their incredible achievements.

:: Check out the Shortlisted works in Science & Technology

Kim visualizes cultural, technological, and scientific forms of knowledge. He is based at MetaLAB Harvard, and is a previous gold winner with "Science Paths," 2017.

Director of Research at The Demographics Group & Twitter map connoisseur.

Alasdair conducts research on neighbourhoods, cities, regions, and anything in-between using data and maps. He works as an Urban Planner at University of Sheffield.

Silvia is the Head of the Chair's Office at C40 Cities Climate Leadership Group.

Dr Grossman is an internationally acclaimed science writer, public speaker and TV personality. She is the author of Brain-Fizzing Facts: Awesome Science Questions Answered, published by Bloomsbury in August 2019. Emily is best known as Resident Science Expert on ITV’s The Alan Titchmarsh Show and Sky1’s Duck Quacks Don’t Echo, as well as her YouTube videos and live events. A passionate advocate for gender equality and diversity in STEM, she has delivered a TEDx talk on Why Science Needs People Who Cry.

Amanda is a graphics editor working in both digital and print media. She produces and art directs information graphics and writes content for Scientific American. Previously, she worked as a freelance medical illustrator, her projects including a patient education Web site for midwifery clients, and illustrations for edX’s online cell biology course.

Posted in Awards — over 1 year ago
Previous Best of the Web: #IIBAwards Edition Next Meet the Judges: Data Design (Pt. 2)