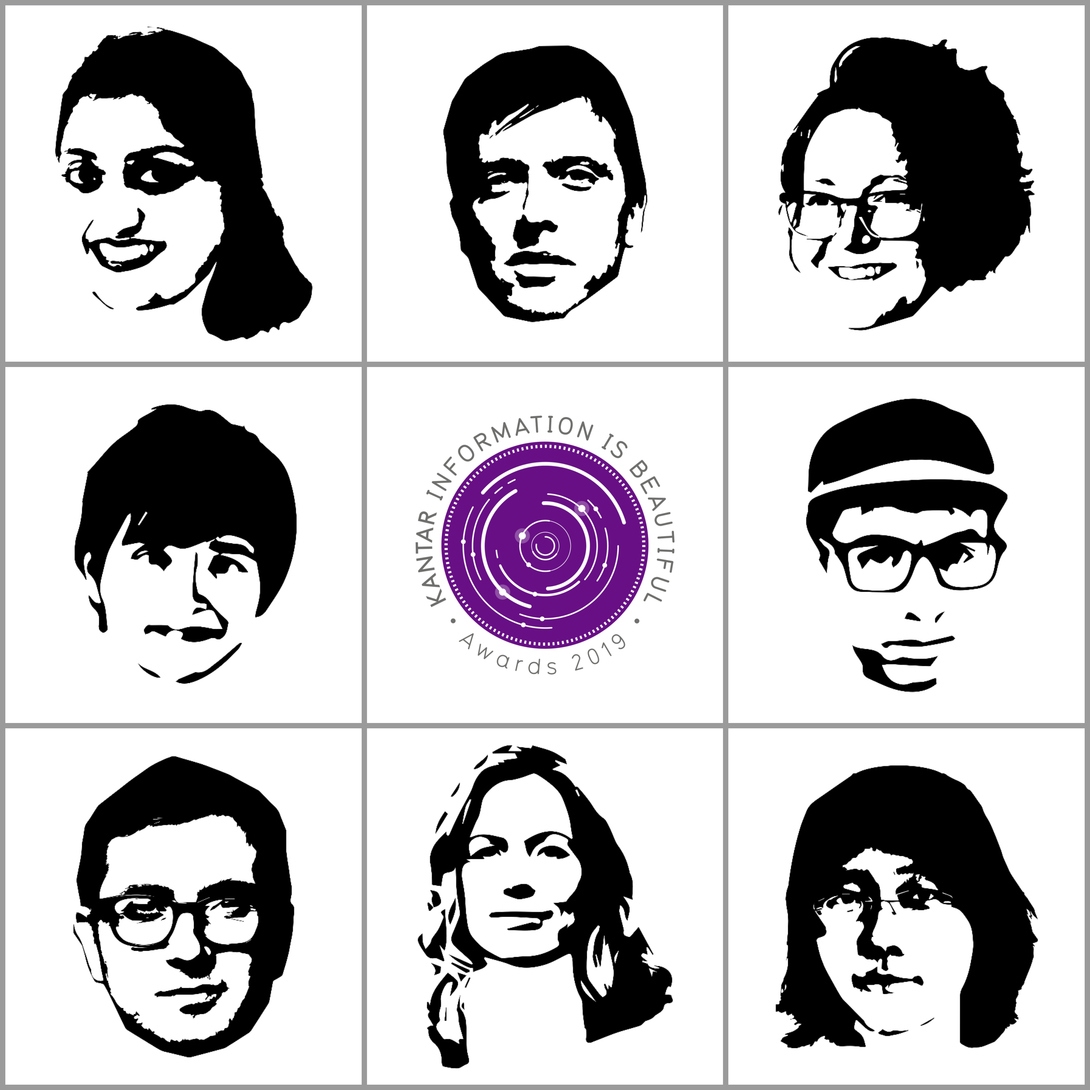 Our judges in the News & Politics space fearlessly chase after the truth when it's difficult, inconvenient, or dismissed. They are known for telling the story with clear visuals and amazing exposition of data, making this group spectacularly qualified to judge the projects on the 2019 Shortlist. Give their bios a glance, and make sure to follow their groundbreaking work online.

:: Check out the Shortlisted works in News & Current Affairs and Politics & Global

Alia is an interactive journalist, specialising in visual journalism and infographics, currently with Al Jazeera English.

Jan Diehm is a journalist-engineer with The Pudding, where she uses data to craft visual stories. Before joining The Pudding, she had stops at CNN, The Guardian US, ABC News, HuffPost, the Baltimore Sun, and the Hartford Courant. Previous winner with "Women's Pockets Are Inferior," 2018.

Head of TASS Russia infographics studio, and a teacher & enthusiast of dataviz and infographics. Previous Gold winner with "1812: When Napoleon Ventured East," 2017.

Rachel is deputy editor at environmental policy magazine The ENDS Report. She commissions, edits and writes news and features on issues across the environmental spectrum, including climate, air and water quality, and issues pertaining to our natural resources.

Russell is an editor at The Pudding, where he creates visual & data-driven essays. Previous Gold winner with "The Unlikely Odds Of Making It Big," 2017.

Julia is a visual journalist at FiveThirtyEight focusing on politics and interactive graphics. She’s worked on graphics teams at The Wall Street Journal, The Globe and Mail and The Toronto Star. Her awards include the 2018 Data Journalism Awards for best news data app and the 2016 Statistical Society of Canada’s Excellence in Data Journalism Award.

Emma is the Chief Technology Officer at the Organized Crime and Corruption Reporting Project, a network of investigative journalists focused on cross-border crime and money laundering. Prior to this role, Emma was Executive Director of DataKind UK where she led a community of 1000+ pro bono data scientists.

Sam is a data journalist at Global Witness NGO. His work focuses on using leaked and public data to investigate corruption and environmental abuses.

Sisi Wei is an investigative journalist, designer and developer at ProPublica, where she builds interactive stories that serve the public interest. Her work has ranged from investigating which U.S. colleges saddle students with debt to monitoring how often China blocks international news outlets. She has won numerous awards, including the Gannett Award for Innovation in Watchdog Journalism and the 2016 Data Journalism Award for Best Individual Portfolio.