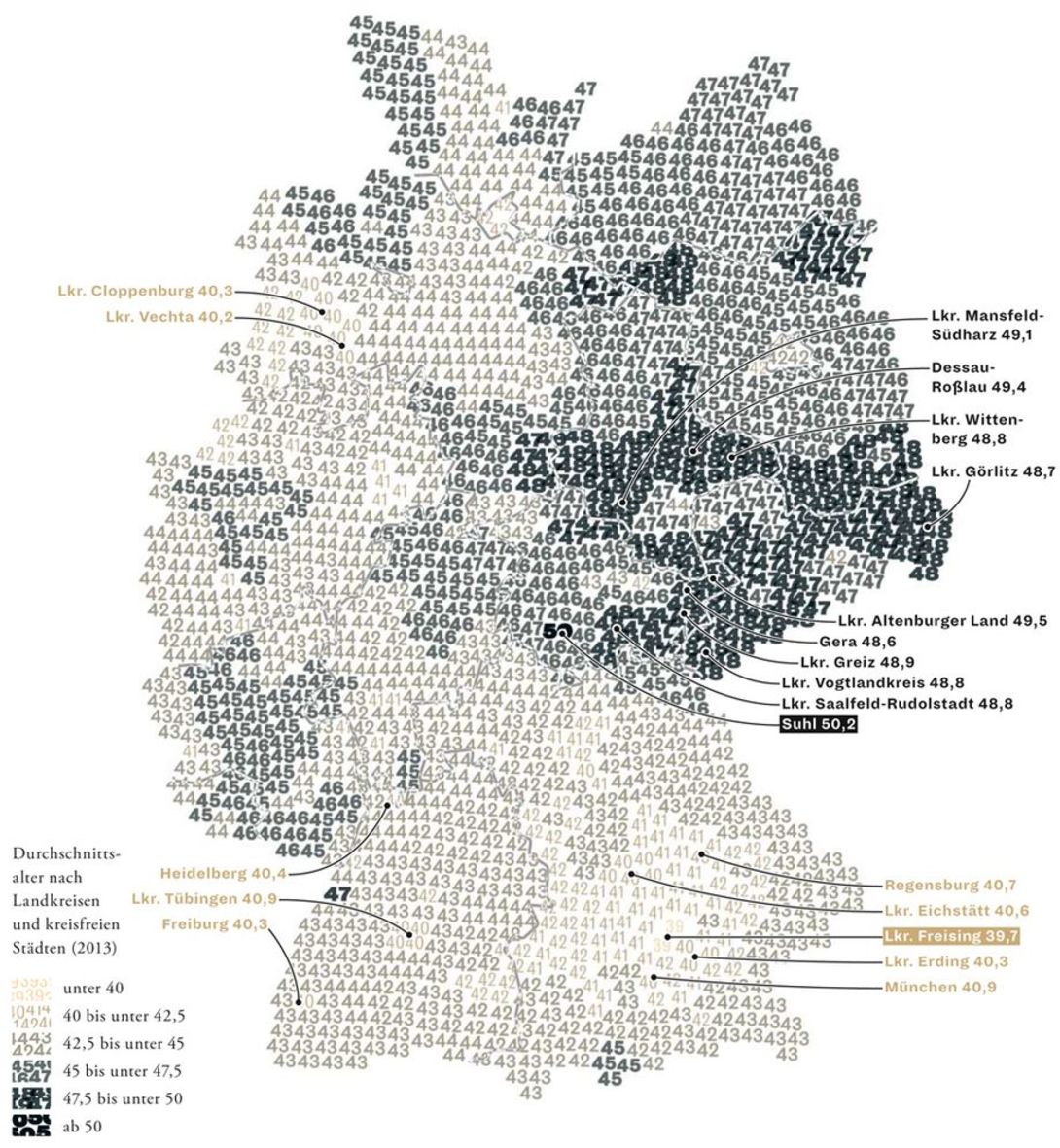 In the middle of Germany is Suhl. From there, the road to Freising is not long - just three hours by car. However, considering the average age of its inhabitants, the distance could not be greater: 10,5 years separate the Thuringian town and the Bavarian district of one another. While in Suhl the population is aging and shrinking, the opposite takes place from 300 kilometers to the south. Young families flock from Munich to neighboring Freising, in order to find their luck in the countryside. These phenomena are explained by the rural exodus (especially from less-favored regions in the east), the urban exodus (from the expensive cities) and demographic change. Suhl was once synonymous in mining and gun making, now is weakening the economy, youth pulls away. In 2030 the average age in many land lines will be about as high as in Suhl today. Who wants to travel 15 years into the future, should therefore visit Suhl. The way is not far, it is indeed in the middle of Germany.