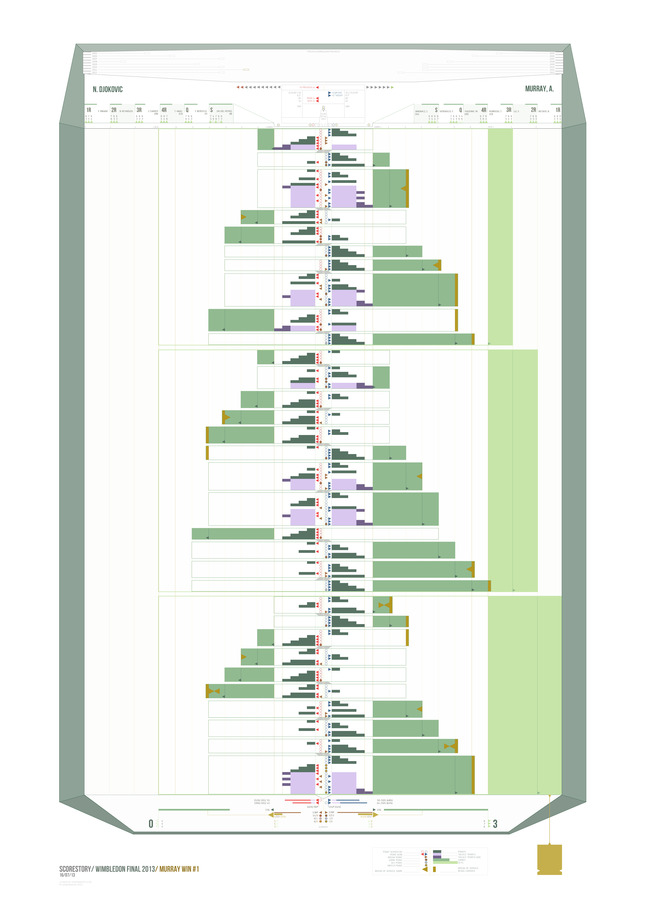 In July this year, a fairly significant piece of British Tennis history went down. Andy Murray, won Wimbledon. The first British male to win it since Fred Perry in 1936. However, the win seemed more special because it was about the personal progress of Andy Murray and about an incredible tennis match.
The primary objective was to illustrate the Point-Game-Set structure and it's progression through the match. Several secondary levels of information are there if you want to look further. The overall layout and styling takes inspiration from Wimbledon Centre Court, where the match was held.