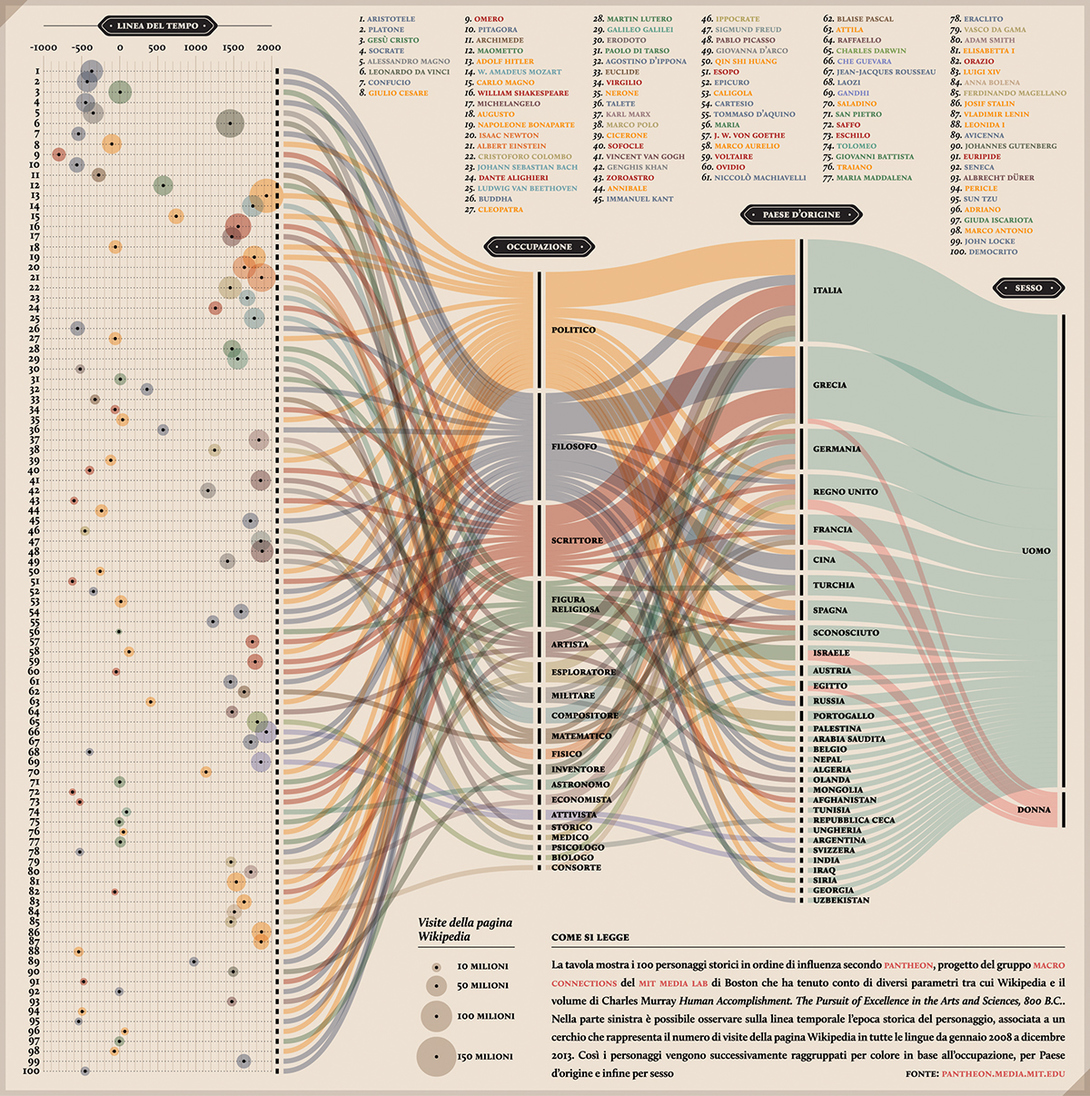 This infographic shows the first 100 historical figures in order of influence according to Pantheon, a Macro connections group of the MIT Media Lab of Boston project which took into account various parameters such as Wikipedia entries and the volume by Charles Murray "Human Accomplishment. The Pursuit of Excellence in the Arts and Sciences, 800 BC”. The timeline on the left shows the character’s historical era associated with a circle that represents the number of Wikipedia page visits in all languages from January 2008 to December 2013. The characters are then grouped by color according to profession, country of origin and gender.