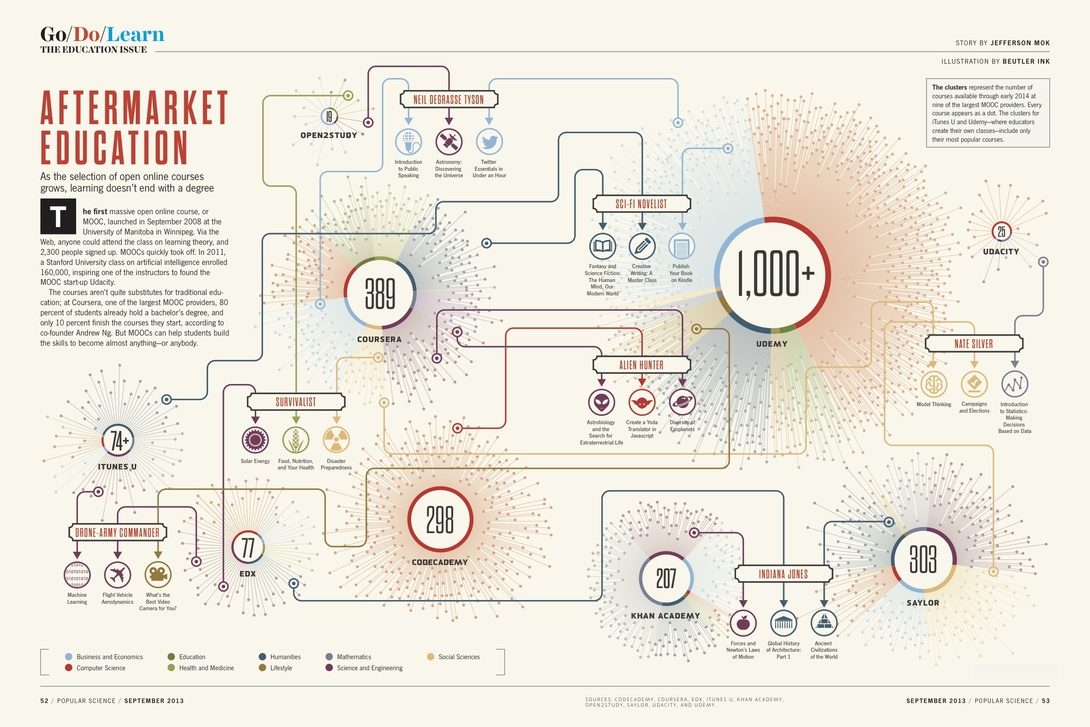 The first massive open online course, or MOOC, launched in September 2008 at the University of Manitoba in Winnipeg. Via the web, anyone could attend the class on learning theory, and 2,000 people signed up. MOOCs quickly took off. In 2011, a Stanford University class on artificial intelligence enrolled 160,000, inspiring one of the instructors to found the MOOC start-up Udacity. The courses aren’t quite substitutes for traditional education, but MOOCs can help students build the skills to become almost anything or anybody.

For its annual Education Issue, Popular Science magazine explored the huge uptick in massive open online courses (MOOCs) and tapped us for our data visualization expertise to bring the numbers to life. Using a series of clusters to represent available MOOCs, we showed the number of courses available through 2014 at nine of the largest MOOC providers. Through light-hearted callouts, we suggest possible courses of study a casual student might pursue. The infographic appeared in the September 2013 issue of the print edition.