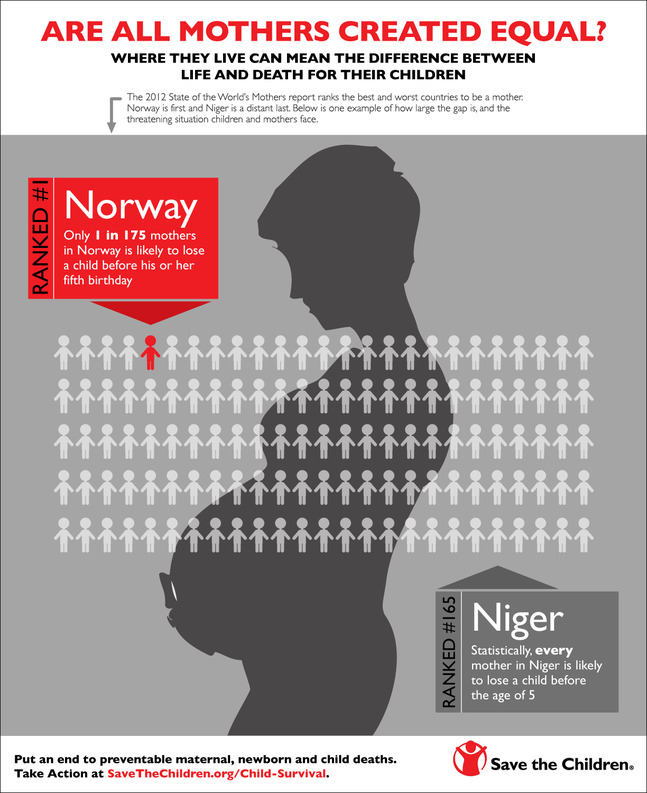 ghg worked with Save the Children, a leading non-profit organization dedicated to changing the lives of children in need around the world, to shed light on maternal health and its impact on child survival in developing countries. Nearly 7 million children die every year before they reach their 5th birthday due to preventable and treatable causes. Save the Children champions efforts to end preventable child deaths. As part of that effort, Save the Children issues an annual State of the World's Mothers report which helps document conditions for mothers around the world and shows where mothers fare best and where they face the greatest hardships. The infographic, released to support the findings of the 2012 report, uses a bold, attention-grabbing visual to show the wide disparity between the high rates of infant mortality in Niger – where statistically every mother will lose a child before his/her fifth birthday – to the very low levels of in Norway. It draws the viewer in with the visual of the expectant mother and the stark contrast in the statistics and it makes an emotional plea to end preventable maternal, newborn and child deaths.