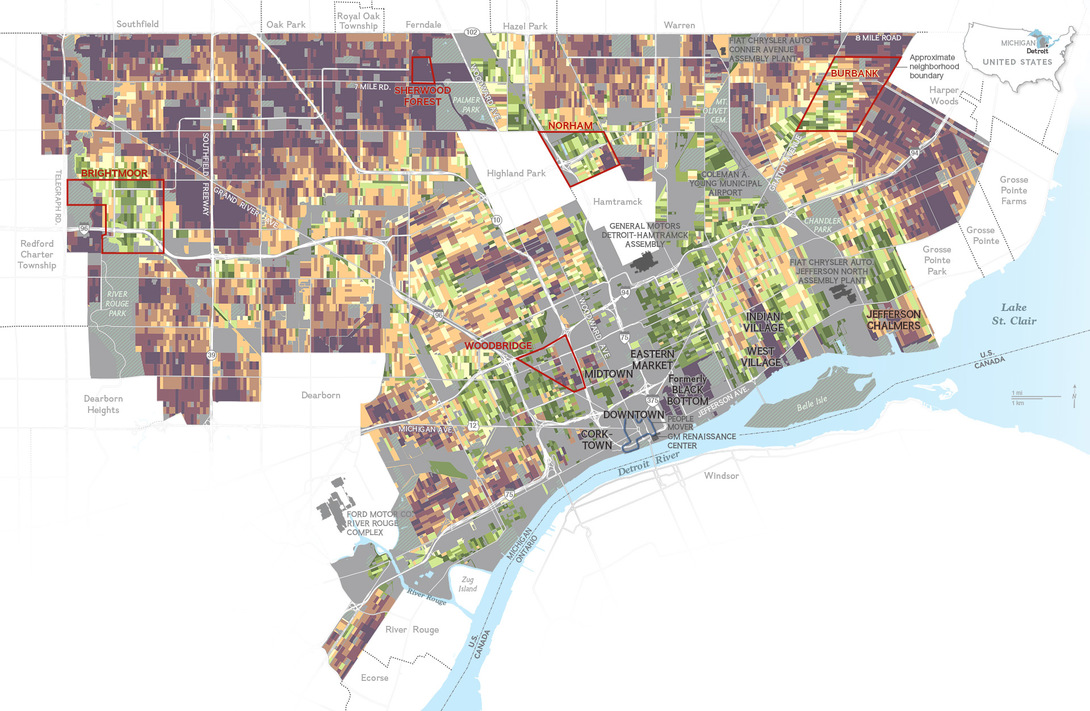 In less than five decades the once vibrant Motor City lost more than half its population and gained a reputation as a failed metropolis of abandoned buildings, widespread poverty, and rampant crime. But photos of derelict homes and empty lots can create a misleading impression. The city ranks 69th in population density—people per square mile—among U.S. cities with more than a hundred thousand people, ahead of Las Vegas, Denver, Phoenix, and Portland, Oregon, to name just a few. Detroit is still losing inhabitants, but neighborhoods such as Woodbridge are rebounding.