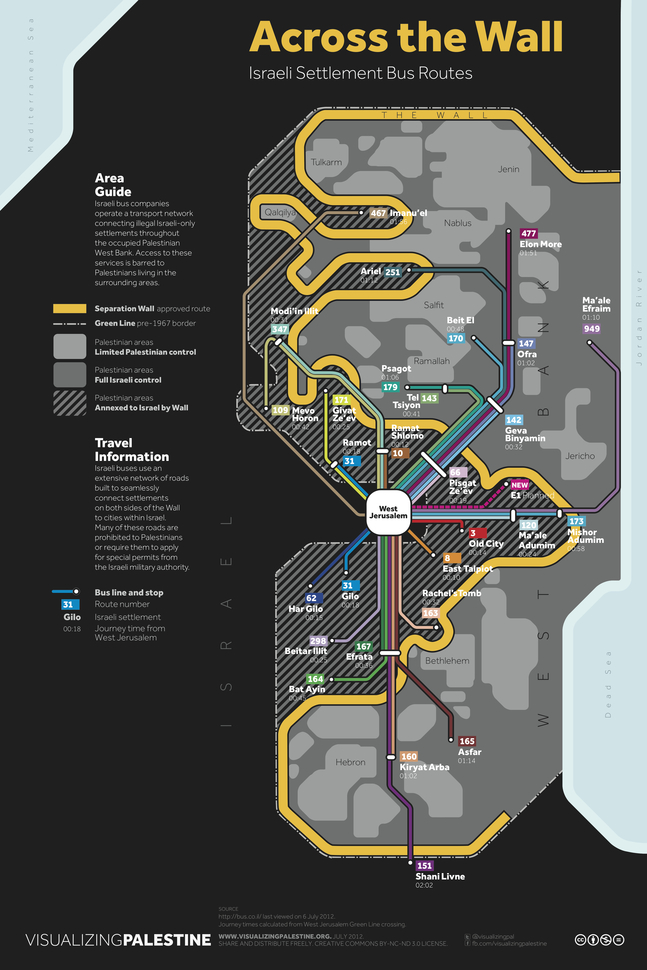 Detailed accounts of the daily lives of Israeli settlers in the West Bank are relatively limited, obscuring their very different lived reality compared to Palestinians residing in close geographic proximity. The Visualizing Palestine (VP) team was struck by the language of critical Israeli architects, who describe the settlements as garden or dormitory suburbs of Israeli cities, associating them not just with the rhetoric of conflict but also with the language of –quality of life', fresh air, and open views. The data visualization –Across the Wall' illustrates this settlement-suburb comparison, showing the integration of settlements into Israel –proper' through the lens of a settler's daily commute to West Jerusalem by bus.