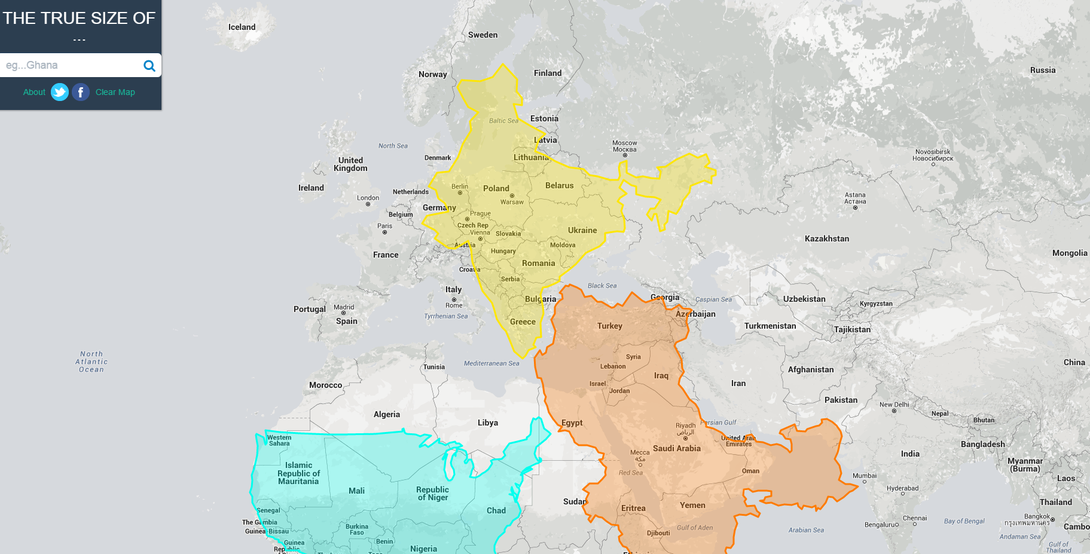 The True Size of Countries on the Mercator Map Projection by James Talmage, Damon Maneice

It is hard to represent our spherical world on flat piece of paper. Cartographers use something called a "projection" to morph the globe into 2D map. The most popular of these is the Mercator projection. Every map projection introduces distortion, and each has its own set of problems. One of the most common criticisms of the Mercator map is that it exaggerates the size of countries nearer the poles (US, Russia, Europe), while downplaying the size of those near the equator (the African Continent). On the Mercator projection Greenland appears to be roughly the same size as Africa. In reality, Greenland is 0.8 million sq. miles and Africa is 11.6 million sq. miles, nearly 14 and a half times larger. This app was created by James Talmage and Damon Maneice. It was inspired by an episode of The West Wing and an infographic by Kai Krause entitled "The True Size of Africa". We hope teachers will use it to show their students just how big the world actually is.