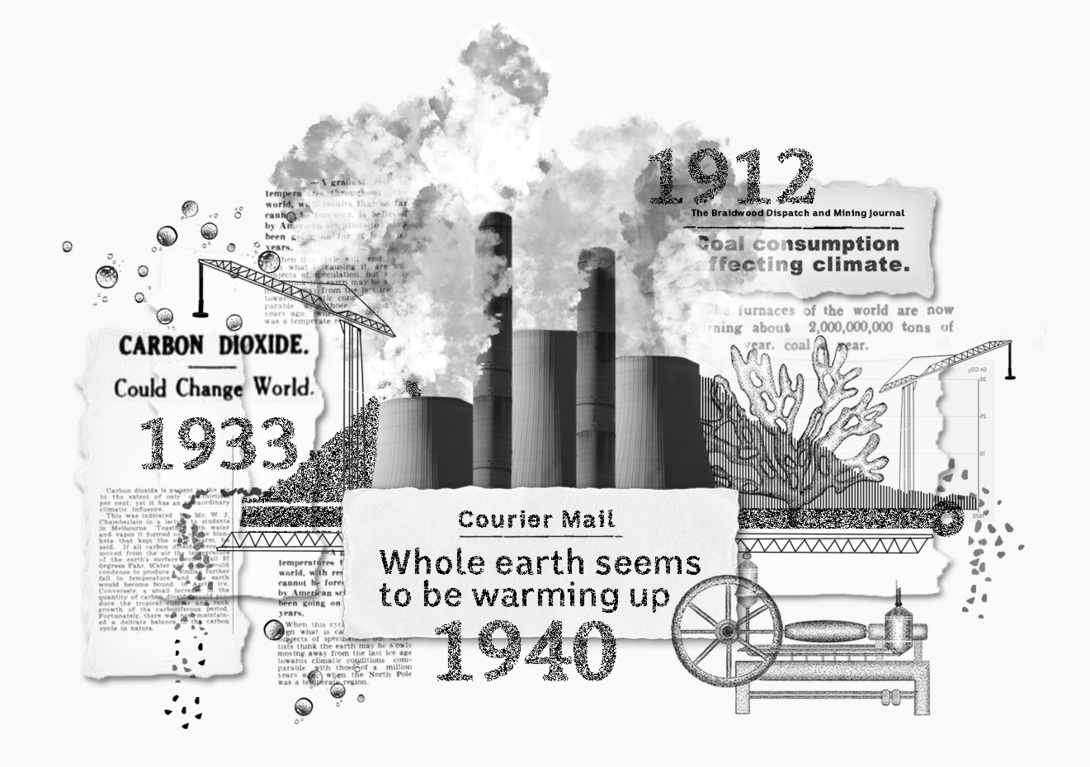 It often seems we're having two conversations about climate change, one about the science, and one about the politics — with the audience left trying to join the dots between the two. This story aimed to place the maths front and centre, and contrast it with the political messaging that has dominated discussions for decades.

The piece opens with an artistic scrolling sequence of archival newspaper clippings. Amongst the headlines, hand-drawn stipple illustrations float past, while a rising emissions graph creeps upward. To bring the design to life in code, a new web-based tool was built so ABC designers could recreate similar designs compatible with our existing CMS.

The central design challenge was taking scientific concepts like carbon budgets and zero emissions, and constructing a visual explanation that was accessible for the general public.

We designed a data visualisation with two components that tell the story of emissions over time in complementary ways — a 'blob' that represents carbon emissions, and a more traditional time-series bar chart. Although coded to scale, the irregular-shaped emissions visualisation has slight animation to mimic its fluid nature and the idea we can still influence the outcome of climate change.

Both visualisations are linked to scroll, so that their growth is powered directly by the user and they always appear with appropriate context to help readers immediately understand what are ultimately complex mathematical calculations.

The piece aims to show that while Australia (and the world) still has an opportunity to reduce emissions, time is running out.