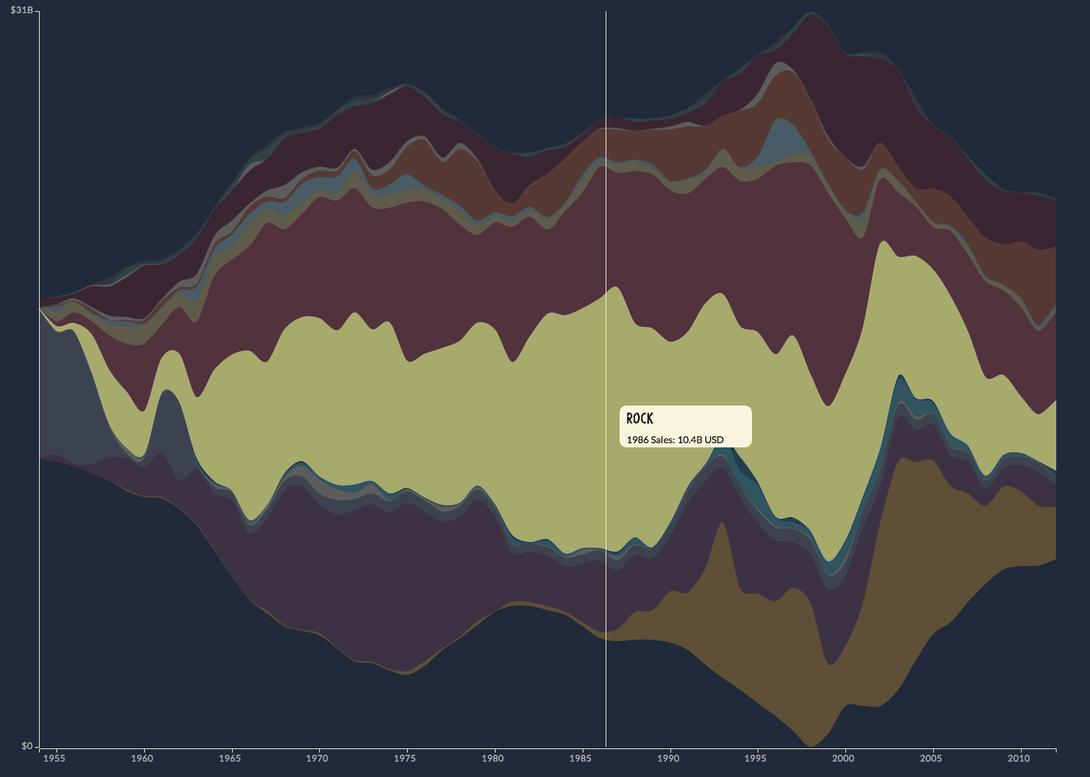 What music do people listen to? How does their taste change with time? Where do new music styles come from?
A.Track.Tion is a data visualisation aimed at shedding light on these deep and interesting questions. The core dataset is the Whitburn Project list, a collective effort to gather historical weekly music sales rankings published by the Billboard company. The subset we used (after cleaning of the original) contains 33560 songs. In order to explore the popularity of music, we had to expand the data in two ways: We collected genre information of the songs from Wikipedia, and we computed an estimate of the percentage of total sales associated with a given ranking position held for a week. We coupled our new datasets with estimates of global music sales, resulting in our final visualisation of popularity of music genres and subgenres. The genres extracted from Wikipedia contained information about which styles influenced which others. When we visualised this influence graph, our naive expectation of a "tree of music" styles was quickly shattered, resulting in a complex and organic-like tangled mess of relationships. We also coupled the influence graph to the popularity data, answering the question of wether the most popular is also the most influential.