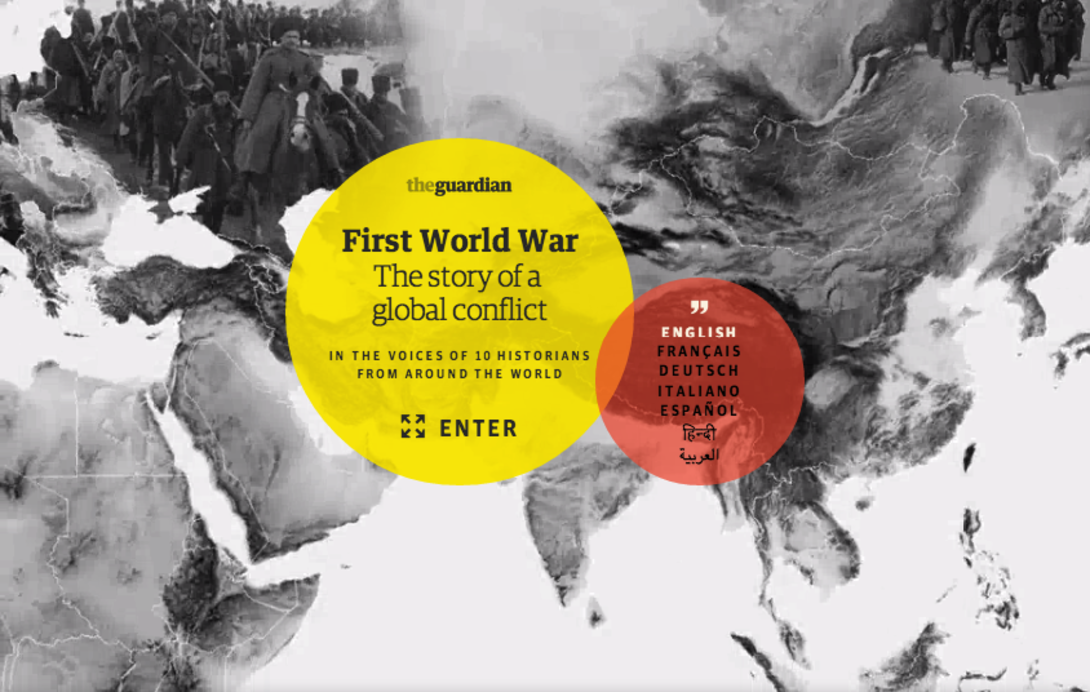 'First World War' is an ambitious interactive experience about World War I, created by Kiln in partnership with the Guardian's multimedia team to mark the 100th anniversary of the outbreak of the conflict. Providing a global perspective on this global war, the project is based around extended interviews with ten historians from ten different countries. These are combined with a wealth of historical video footage to create a thirty-minute documentary in seven parts.