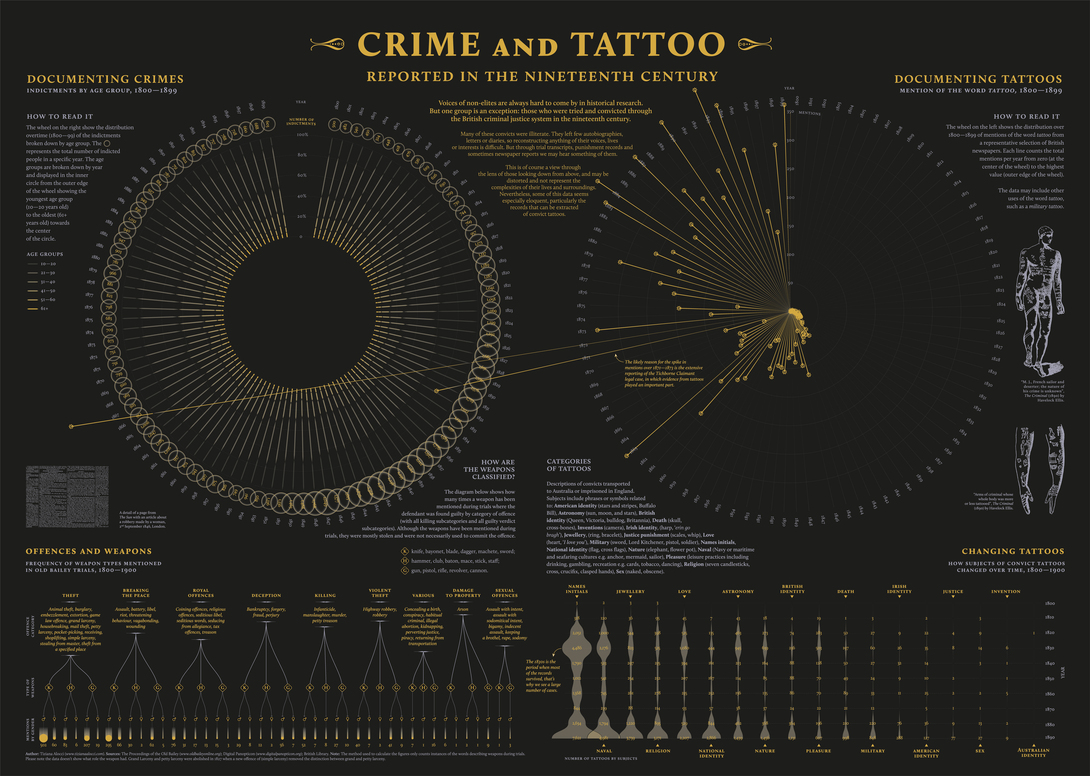 The British Library in London commissioned me to create an artwork for the London exhibition "Visualising Victorian News".

"Crime&Tattoo" is about the eye-opening world of convict tattoos and how to reconstruct their stories through tattoos. The voices of marginalised people, in this case, convicts, are always hard to come by in historical research. Still, one group is an exception as we have lots of data about people convicted through the criminal justice system in the nineteenth century.

The goal was to merge two separate worlds, such as crime and tattoo, into one singular narrative and artwork. I used the antique celestial sky maps as visual analogies, particularly the "Map of the two hemispheres of the heavens" made by John Seller in 1675. So I split the artwork into two parts. On one side, we have crime stories. On the other side, I focused on tattoos. Why the crime data? Because tattooing in the 19th century was viewed as evidence of brutality and crime.

Despite a forced stop caused by the covid-19 pandemic, the exhibition opened in April 2022, and the artwork was displayed at The British Library (London) for five months.