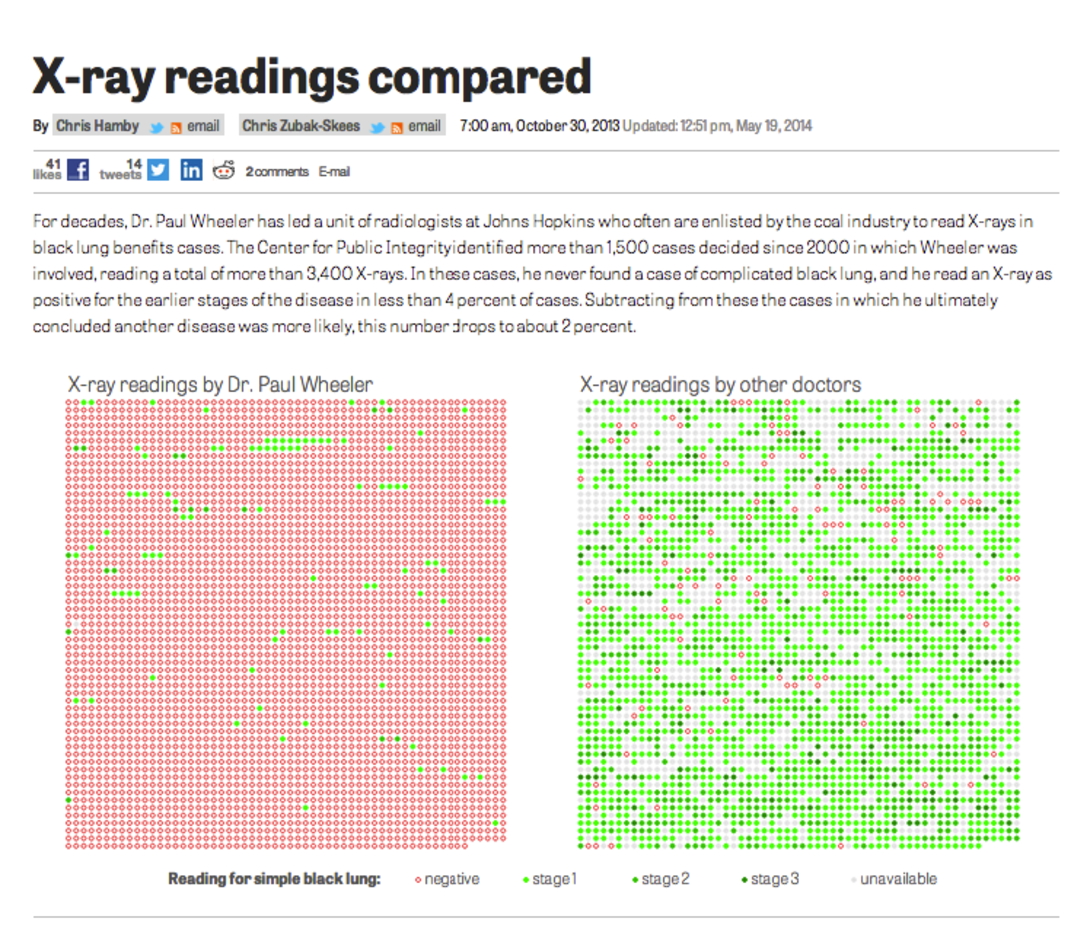 Breathless and Burdened: X-Ray Readings Compared by The Center for Public Integrity

This interactive visualization supported the Center for Public Integrity's "Breathless and Burdened: Dying from Black Lung, Buried by Law and Medicine" series, which exposed how eminent doctors and lawyers, working at the behest of the American coal industry, have helped deny sick miners the meager benefits and affordable medical care they need to survive. The graphics in the series helped reveal and explain the cutthroat tactics that the coal industry's go-to law firm has employed for decades to defeat worker claims, and the overwhelmingly negative X-ray readings of a unit at Johns Hopkins which helped defeat those claims.