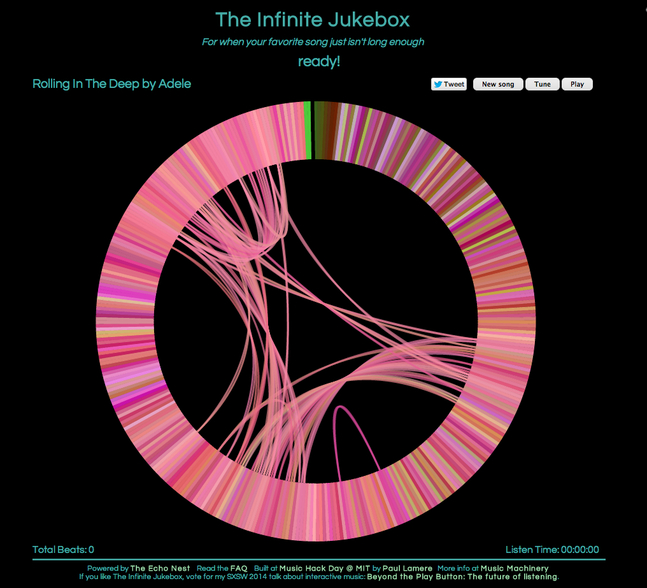 The Infinite Jukebox is a web app and visualization that creates a never-ending and ever-changing version of any song. The app works by using the The Echo Nest music analyzer to decompose a song into individual beats which are then analyzed and matched to other similar sounding beats in the song. This information is used to create a detailed song graph and visualization of paths though similar sounding beats. The visualization is a dynamic chord diagram that shows the beats of the song along the circumference of the circle along with with chords representing the possible paths from each beat to it's similar neighbors.