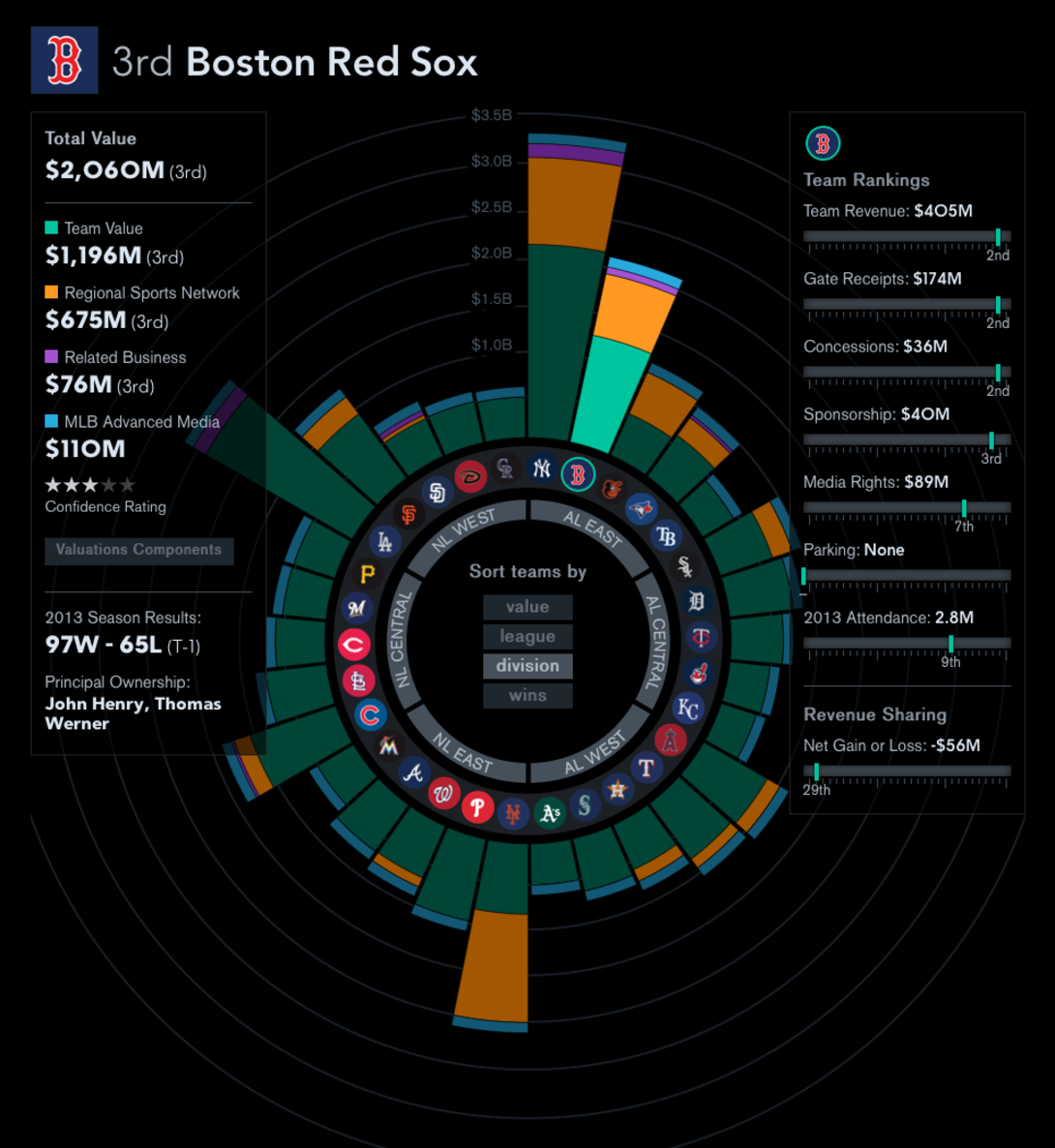 When the Los Angeles Dodgers sold for over $2 billion last year, the purchase price — which was 54 percent more than prevailing estimates — didn’t just elevate the fortunes of the team’s owners. It raised the valuations of every franchise in Major League Baseball. In an effort to bring transparency to such a huge industry, Bloomberg News spent nine months compiling and analyzing the numbers behind the business, and determined that MLB’s 30 teams are worth about 35 percent more on average than previously thought.

The datasets examined revenue from tickets sales, concessions, sponsorships and broadcast rights, as well as interests in TV channels, radio stations and real estate. The final form became a polar area diagram. Clicking on any team shows their info and hovering over any other team adds comparison. The viewer can sort the order of the teams by total value, league, division and number of wins.