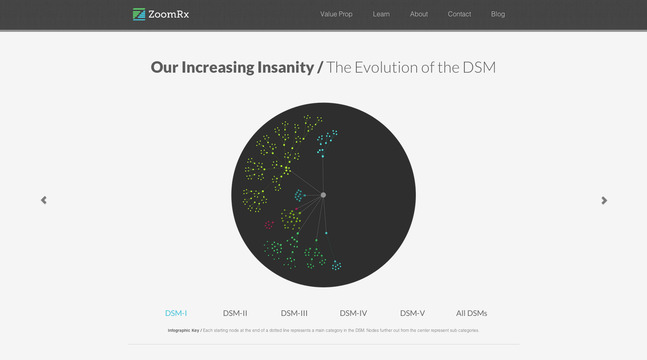 Our Increasing Insanity: The Evolution of the DSM by ZoomRx

The evolution of the DSM has played a leading role in the medicalization of psychiatry, and has consequently sparked controversy. Proponents argue the hyper-specificity of DSM-V has led to more accurate diagnoses, while critics argue it has simply led to more. We find this controversy interesting, and decided the best place to start was to map the growth of the DSMs.