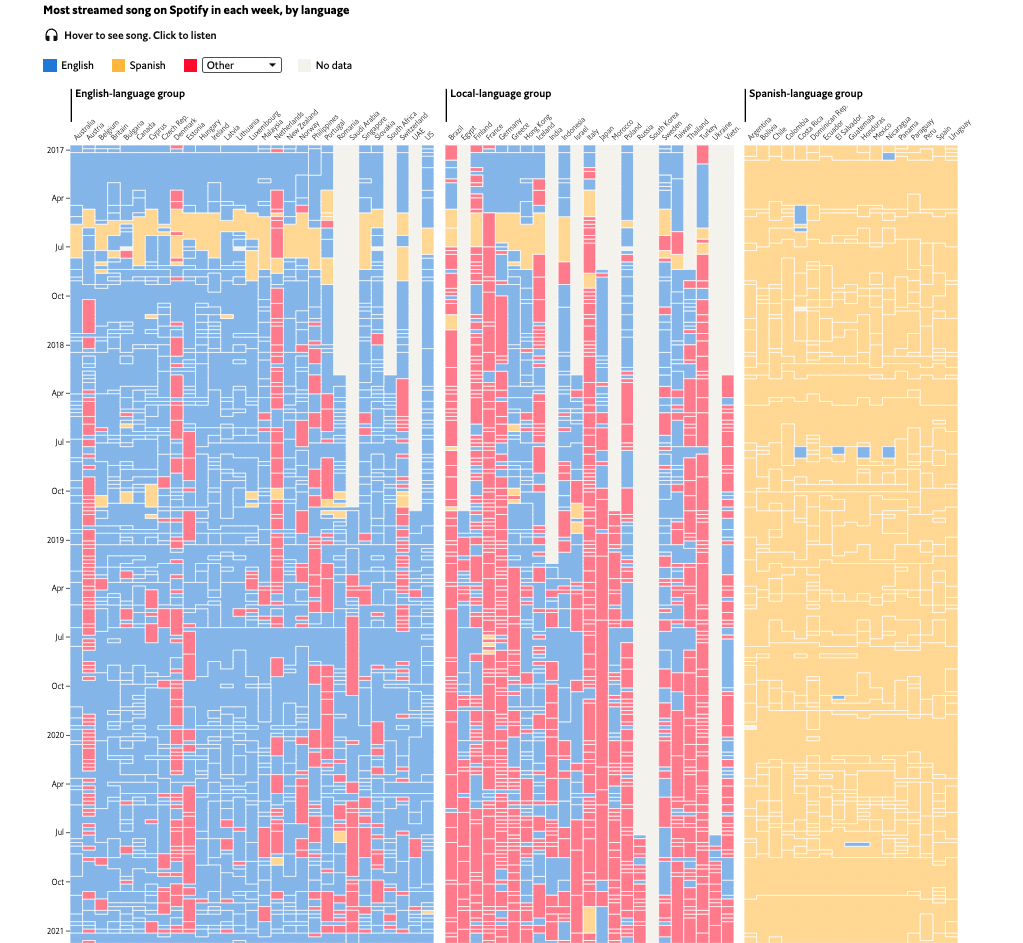 How do you visualise musical tastes across the world? That was the challenge we faced working on an article analysing five years of music streamed on Spotify.

This project looks at the decline of the English language in pop music. We analysed 13,000 hits across 70 countries to track the evolution of musical tastes and linguistic preferences. We found that listeners can be put into three different groups: one in which the English language dominates; one in which Spanish prevails; and a third that mostly enjoys songs in local tongues. The data show that the hegemony of English is in decline—especially in the latter two.

To accompany the article, we visualised the top tracks in 70 countries across 5 years. These range from global blockbuster hits like Ed Sheeran’s exceedingly saccharine and exceedingly catchy “Shape of You” to niche sensations in Japan and Iceland. We wanted to create a visualisation that showed the data we had gathered in a streamlined way, so that readers could explore and listen to the songs themselves—from Polish rap to Brazilian pop. The design lets you see how far a track’s popularity spread and find the hits that broke musical boundaries.